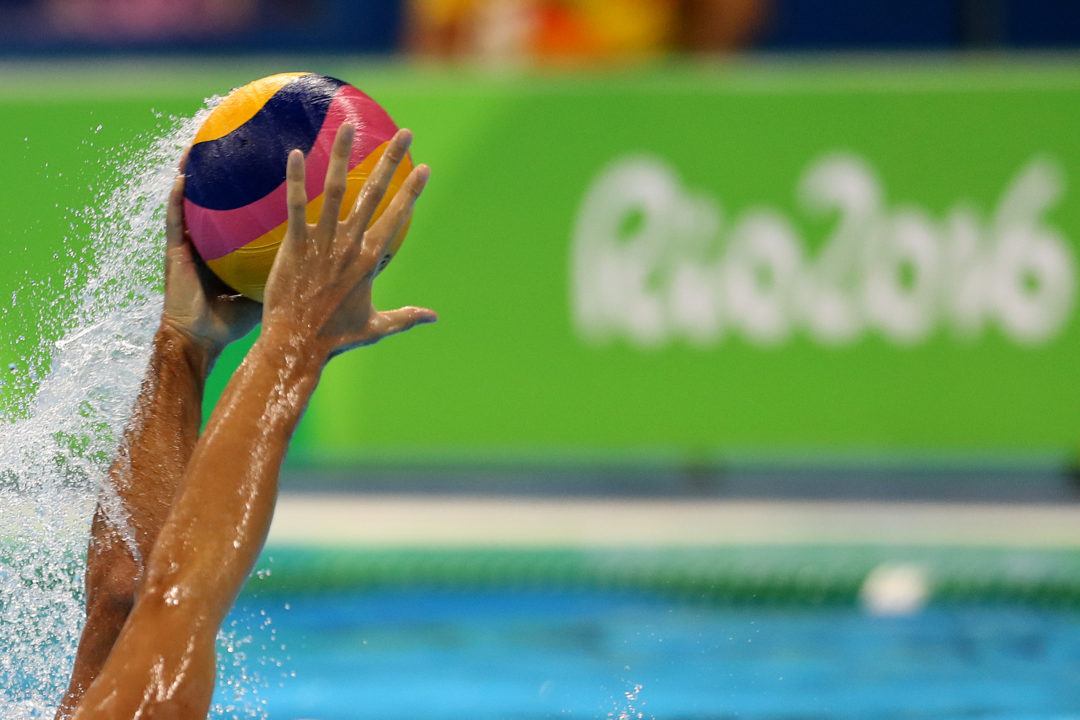 Serbia, the bronze medalist in each of the last two Olympic Games and winner of the 2015 World Championships in Kazan, beat defending Olympic champions, Croatia, 11-7 for the gold medal in Rio. Archive photo via Satiro Sodre/SS Press

The team that had won everything except Olympic gold finally checked that last box off their bucket list. Serbia, the bronze medalist in each of the last two Olympic Games and winner of the 2015 World Championships in Kazan, added the gold medal in Rio to their collection of accolades after defeating defending Olympic champions, Croatia, 11-7 in the final match.

Serbia and Croatia, two teams that face each other regularly and know each other inside, out, both got off to a slow start in Rio but tore through their opponents over the second half of the tournament to meet each other in yet another final. Serbia was the stronger side on Saturday. Offensively, the connected with 11 of 24 shots (45.8%), including 6 from beyond 5 meters. Defensively, they did a great job inside 2 meters protecting goalkeeper Branislav Mitrovic, and he was stellar in the goal with 12 saves on 19 attempts. Serbia’s strong defense put pressure on Croatia, whose shooting percentage 23.3% with 7 goals on 23 shots. Croatia was only able to convert 2 of 9 man-up situations and only scored 3 of 18 shots from beyond 5 meters.

At the end of the first period, with the score 3-2 to Serbia, it looked as though it might be an exciting battle between the top two teams in the world, fitting for an Olympic final. But Serbia outscored Croatia 3-1 over the second period, and the two teams retired at halftime with Serbia up 6-3.

Croatia opened the third quarter with a goal by Damir Buric to narrow Serbia’s lead to 6-4, but Filip Filipovic, who had an outstanding tournament, netted one with 5:34 left to play in the third and another with 2:14 on the clock, to put Serbia back up by four, 8-4. That second goal was a thing of beauty; Filipovic tried to get a foul then rose out of the water and nailed a shot, surprising goalkeeper Marko Bijac. Croatia then made a substitution in goal, bringing in three-time Olympian, and Croatian flagbearer, Josip Pavic. A minute later Sandro Sukno scored his second goal for Croatia with 1:20 to go, making the score 8-5. During the last minute of play a turnover foul gave Croatia a chance to bring the score within two points, but things never really went their way and they weren’t able to convert. Serbia took the ball back down to the other end of the pool, and with 11 seconds on the clock, Dusan Mandic nailed an unbelievable shot from about 6 meters, rising up out of the pool with incredible force and backhanding a shot that crossed right in front of Pavic at an impossible angle. It was his third goal.

Both teams scored once within the first minute of play in the fourth quarter. Down by four goals with 5:00 left to play in the game, Croatia tried to get past Serbia’s tight zones but couldn’t make it happen, squandering another man-up opportunity. Sukno tried to bounce in a long-distance shot but it went over the top of the goal. Mandic got his fourth goal with 3:29 on the clock, and Serbia’s lead increased to 11-6. Javier Garcia Gadea netted one for Croatia with 2:06 left to play, bouncing a left-handed shot just under the arm of Mitrovic. Serbia did a good job of clock management over the last 2 minutes and the game ended with Serbia beating Croatia, 11-7.

Christian Presciutti had 4 goals and Valentino Gallo, 3, as Italy beat Montenegro 12-10 for the bronze medal. The score was tight throughout the first half, with the lead changing hands several times and neither team leading by more than one goal. Italy led 5-4 at halftime, and outscored Montenegro 4-3 during the third period to take a two-goal lead into the fourth. Both teams scored 3 in the final period, allowing Italy to claim the bronze medal with a well-fought victory over Montenegro. Italy made 12 goals on 24 attempts, including 5 from beyond 5 meters. They converted 4 of 8 6-on-5s. Goalkeeper Stefano       Tempesti saved 10 of 20 shots.

The game was physical between two national and athletic rivals. Brings to mind a variation of an old Rodney Dangerfield joke: “I went to a fight and a water polo game broke out!”

Hey Anne, that was a fantastic report of the game. Better than on all the mainstream portals for sure. Kudos.