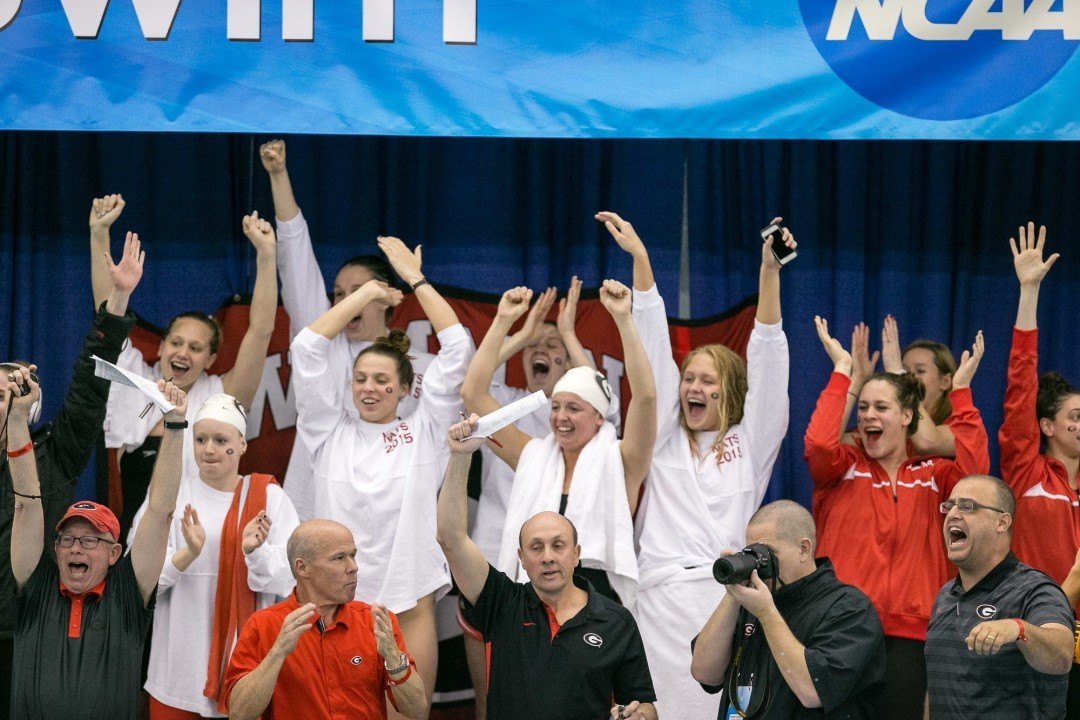 Emily Cameron – a sophomore from Central Pennsylvania who swims for Georgia – ducked just under 2:00 in the 200 IM at the end of her freshman year at NCAAs (finishing 48th). Cameron, though is back this year and quicker than ever – dropping nearly three seconds off her freshman year time to land her in 13th place – a 35 place drop from last year.

That being said, in high school, Cameron was a 1:01 breaststroker, setting one of three state records (in the 50 free and the 2-IM as well).

Her last 400 IM in February clocked in at a 4:07 compared to the 4:15’s she was swimming at high school sectionals.

Georgia has been training Cameron as more of an endurance swimmer – putting her in the 400 IM over the 50 free. Cameron currently sits in the 11th seed for the 400 IM tomorrow and it’ll be interesting to see (now that she has settled in Georgia) how much time she can really drop.