2015 NCAA B1G Roundup: Kierra Smith’s 200 Breast Victory With a Two-Footed Start (in an Era of Wedges) 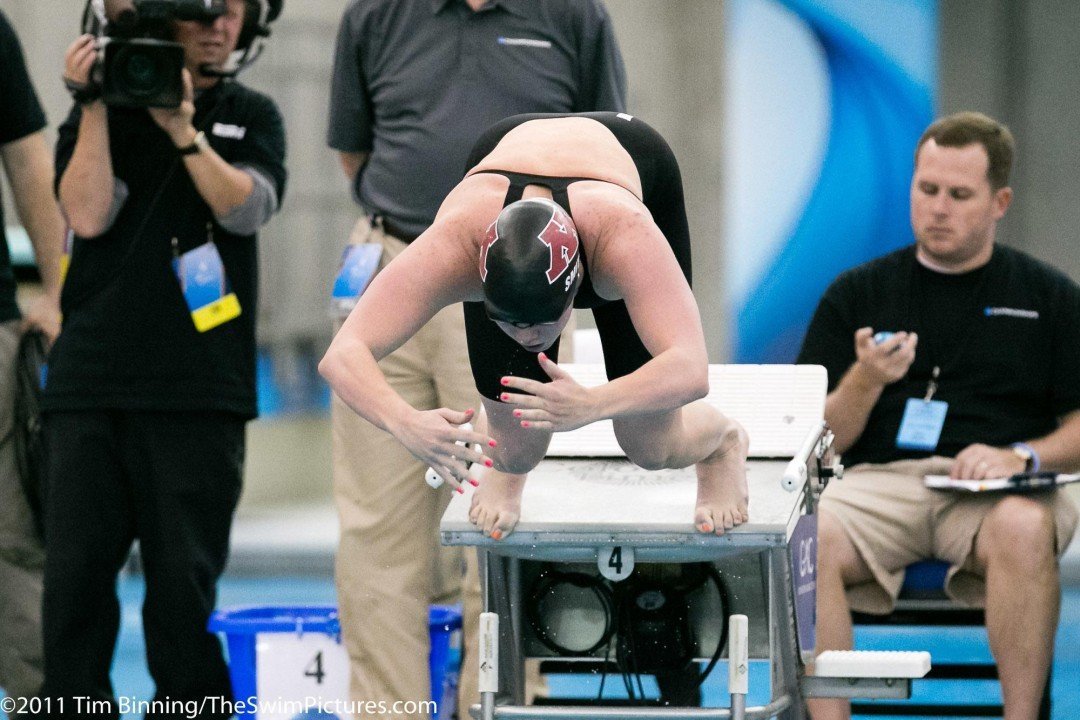 2015 NCAA B1G Roundup: Kierra Smith’s 200 Breast Victory With a Two-Footed Start (in an Era of Wedges)  WHAT YOU... Current photo via Minnesota Swimming Twitter

2015 NCAA B1G Roundup: Kierra Smith’s 200 Breast Victory With a Two-Footed Start (in an Era of Wedges)

In 2013, Smith didn’t even make the finals in the 200 breast. Her sophomore year is where she really picked up the pace.

Last year, as Reaney broke her own American record at NCAAs, Smith didn’t just make finals, but came in sixth in the 2-breast A final.

What’s really impressive is that Smith not only won the 200 Breast by over two seconds, but that she did so with a two-footed start.

In high school, Smith broke the British Columbia 200 Breast LCM record, swimming a time of 2:27.93. In her first two years of college, Smith broke the Minnesota long course time to 2:25.40. Now, Smith is just a fraction of a second off the US Open 200 breast short course record. She has a real shot at making the Canadian Olympic team and going to Brazil in 2016.

Smith finished third in prelims at the 2012 Canadian Olympic Trial and fourth in finals, missing the Olympic team. Keep an eye out for Smith in 2016; she’s closing in on the US Open record and a spot on a plane to Brazil.

Kierra is the best breast stroker. She is the most humble athlete as well. Well done kierra.

I used to do a front start in the breaststroke events. My thinking was that, in the absence of dolphin kicks, the increased velocity going into the water would allow me to glide farther/faster before having to do my pullout, making up for the slower reaction time off the blocks.

Now, right or wrong, I was still not a good breaststroker, but it’s cool to see someone having success with this.

We are only starting to see pools in Canada adopt the wedge. I see some swimmers are reluctant to do a trackie without a wedge and then have no practice when they get to a pool with one… that said if it works for Kierra then good for her. I raced in her home pool in 2012 and did a 2 foot start because the blocks in Kelowna are shitty cheap ones that look circa 1994 despite the pool being built in 2010.