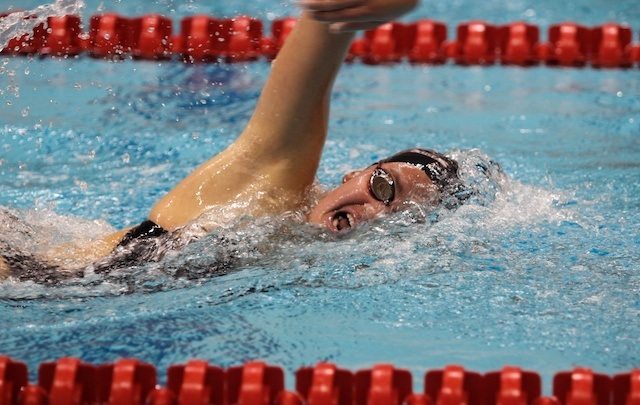 From Germantown to Georgia: Rachel Zilinskas

It was a meet of ups and downs for Georgia – coming in first night one yet losing the hold on their three-peat championship to Cal. Especially heartbreaking was NCAA 1650 record holder Brittany MacLean finishing ninth place and missing the podium. In the wake of MacLean’s upset, though, comes Zilinskas’ 1650 swim.

During her freshman year at Georgia, Zilinskas went into the mile seeded with a time that should’ve got her on the podium. Zilinskas added nearly seven seconds, though, and finished 14th overall – still scoring three points for Georgia.

One year later, however, in 2015 – Zilinskas was seeded with a time almost ten seconds slower than she was seeded with in her freshman year, but she swam a 15:55.22 to finish right behind teammate Amber McDermott.

In high school, Zilinskas trained with legendary coach Dick Shoulberg at Germantown Academy. During her junior year of high school, she broke the Easterns (and Germantown) 500 free record. During her senior year, though, Zilinskas had a bit of a plateau and swam nearly her record time at Eastern’s finals – yet wasn’t able to get back under her own record pace. It seemed Zilinskas was stuck at a high 4:40.

During her freshman year of college, the same plateau took place – Zilinskas just couldn’t break the 4:40 mark – until SECs. Although she touched just under 4:40 at her conference championship meet 500 finals, Zilinskas added at NCAAs and swam a 4:41.

This year, however, Zilinskas swam a 4:38 at prelims – came back and added a bit at night – but got on the podium for the 500 free.