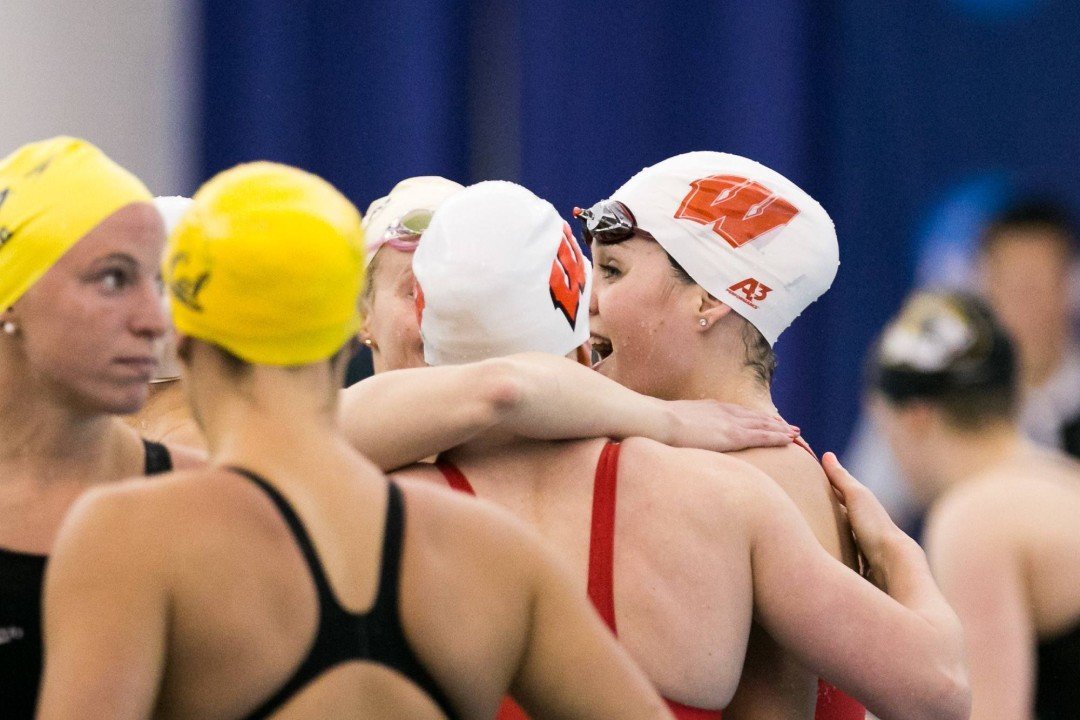 What you need to know:

Ivy Martin – the B1G record holder – has done it again!

Martin swam a season best time of :21.61 while placing second in the 50 yard freestyle. Although the Badgers did not have the performance in the 200 free relay that they had hopped for, Martin had an incredible last 50 free.

But the real secret behind this badger’s success, is her consistency.

Unfortunately, this was Martin’s senior year and she swam her fastest time at B1G Champs. in 2014.

Here are the final standings after night one of finals for the Big Ten:

Ivy Martin went her best time, in 2015, at NCAAs, in prelims this morning. 21.57, as you reported. Nothing unfortunate about that at all!!!!