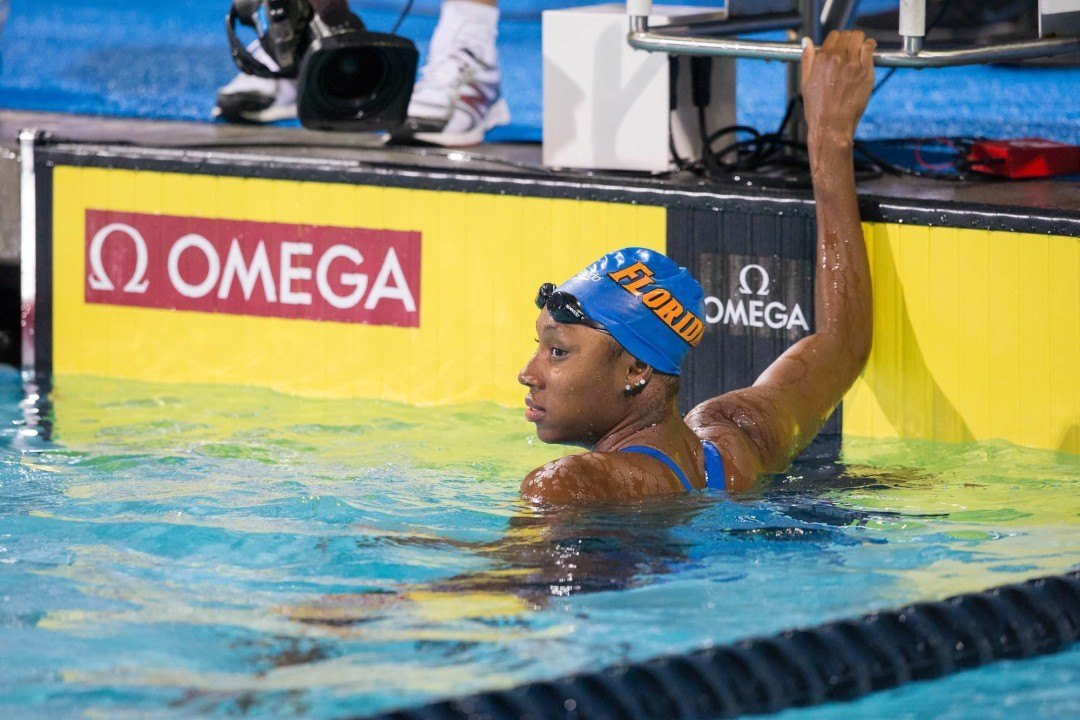 The NCAA's Southeastern Conference (SEC) has announced their creation on the Council on Racial Equity and Social Justice. Current photo via Tim Binning/TheSwimPictures.com

The NCAA’s Southeastern Conference (SEC) has announced their creation on the Council on Racial Equity and Social Justice. The purpose of the council is to conduct research and compile resources for the conference’s use to promote diversity, equity, and justice.

The council will be made up of over 60 athletic directors, coaches, student-athletes, and equity personnel. Among those involved in the initiative are Neil Harper and Anthony Nesty, head coaches of the University of Arkansas, and University of Florida Swimming & Diving, respectively. Both representatives for swimming are former Olympic athletes, both at the 1988 Games and Nesty additionally at the 1984 Games. Nesty became the first Surinamese athlete to ever reach the Olympic podium at the 1988 Games when he out-touched Matt Biondi for 100 fly gold. Both coaches were born abroad – Nesty in Trinidad & Tobago, and Harper in England.

As the council’s swimming delegates, they represent 1 of 19 sports involved in the effort.

Of the council, SEC Commissioner Greg Sankey said “An important movement has been ignited around the equitable treatment of all underrepresented minorities, and the SEC is determined to be a leader in the pursuit of meaningful and lasting change,” he went on to add that “with the Council as our guide, we will develop an action agenda built on the foundation that all are created equal and ensure this truth echoes across our stadiums, our arenas, our campuses, our communities, our states, and our nation.”

The council has identified the following 5 priorities for this initiative;

The move by the SEC is similar to that of fellow Power 5 conferences, the Big Ten and the Atlantic Coast Conference (ACC) which have each announced earlier in the year that they founded their own anti-racism initiatives. In June, the Big Ten created the Anti-Hate and Anti-Racism Coalition, and in July the ACC founded the Committee for Racial and Social Justice.

For more information and a full list of participating members of the SEC’s Council on Racial Equity and Social Justice, read the full press release below:

BIRMINGHAM, Alabama (August 20, 2020) – The Southeastern Conference on Thursday announced creation of the SEC Council on Racial Equity and Social Justice, a league-wide body consisting of a diverse group of student-athletes,administrators, coaches and SEC staff.

The Council will identify resources, outline strategies and assist with implementation of efforts that, when taken together, will promote racial equity and social justice,while also fostering diversity, helping overcome racism and pursuing non-discrimination in intercollegiate athletics.

“An important movement has been ignited around the equitable treatment of all underrepresented minorities, and the SEC is determined to be a leader in the pursuit of meaningful and lasting change,” said SEC Commissioner Greg Sankey. “With the Council as our guide, we will develop an action agenda built on the foundation that all are created equal and ensure this truth echoes across our stadiums, our arenas, our campuses, our communities, our states and our nation.”

Members of the Council include individuals from within the Conference’s existing student-athlete engagement program – a multi-faceted effort involving more than 60 student leaders in football, men’s basketball, women’s basketball and all other SEC sponsored sports. Racial equity and social justice will be required discussions during all student-athlete leadership and advisory council meetings, while those groups’ chairs, vice chairs and/or other identified leaders will participate in Council meetings.

In addition, the Council will include administrative leaders from each campus and head coaches from each SEC sport (see full list below), who will regularly meet with SEC student-athletes to better understand and respond to their questions and concerns.

“Today’s youth are our leaders and change agents of tomorrow, and by listening, asking and seeking their insights and counsel, we have begun the shared journey toward racial equality,” said Sankey.

Alongside student-athletes, the SEC has used the past several weeks to gather and understand perspectives from a range of stakeholders across its 14 campuses, including presidents and chancellors, directors of athletics, senior woman administrators, faculty athletics representatives, various sport head coaches, mental health professionals and the SEC staff.

Those discussions helped create a framework for the Council, which will provide ongoing guidance to the SEC office and updates to Conference leaders at regular intervals. The Council will initially focus on the following five strategic areas:

Coupled with student-athlete participation, members of the SEC Council on Racial Equity and Social Justice include the following university administrators and head coaches.

Anthony was also the Bronze medalist in ‘92 100 Fly in Barcelona.
Even better man than he was an athlete!

Nasty is THE MAN! Absolutely

I think this is the beginning of something great in the athletic world!

Racism is the only reason that comes to mind.

Because many people are tired of being told what they think by others who do not know what they think. My comment will be construed as resist. I am very concerned that the “diversity officers” at universities are extreme leftist thinkers empowered by a false sentiment. We are all racist to a degree – sad but true. Bring on the down votes and angry comments.

Oh boy… your argument about everyone being “racist to a degree” just killed my motivation of arguing. Just straight up sad you failed so miserably as a human being…

Maybe try and get a passport, travel the world, learn cultures, languages… not everything is limited to your basic notion of left and right.

Yes because we disagree, you revert to the default of an ignorant response, casting me as a failure of a human being. Wow you have amazing insight to judge me to harshly without knowing me, my heart or philosophy.

Racism and racists will not be tolerated

I absolutely agree that small minded people should be offered grace. I agree that racism, pedophilia, murder, rape, rioting and defaming of others are highly egregious human elements and wish we could eliminate all of the dark thoughts and actions inherent in all societies worldwide.

To suggest that we are all racist to some degree is just not true. It is well studied that it is a learned behavior, and is suggested by most psychiatrists consider it. symptom of a psychiatric disorder (which tends to not get publicized b/c a majority of psychiatrists also do not want to medicalize it). In fact, it is likely a symptom of a paranoid disorder, among others.

From a practical sense, the idea that the color of skin is the basis for judgement is probably either taught in the home, or by not being able to separate the impression that black is the same thing as coming from a poor/high crime/poorly educated neighborhood. While it is true that a… Read more »

Racism exists when one becomes aware of one’s race. Was not aware anyone is so well read to state “a most psychiatrists consider it a symptom of a psychiatric disorder.” Have you really polled most psychiatrists?? Amazing gibberish.

Yeah, some people do read. It doesn’t actually take conducting the surveys yourself if you read objective research. It’s in a large number of research papers on the topic… try not googling for your own opinion, but generic terms… yeah, it requires a lot more reading and a lot more educating yourself. Perhaps if you try that you will realize then that racism is thinking less, or negatively, of someone based on the color of their skin. It is not racist to be aware, but it absolutely is racist to have a thought of some form of negativity b/c you are aware of someone else’s skin color.