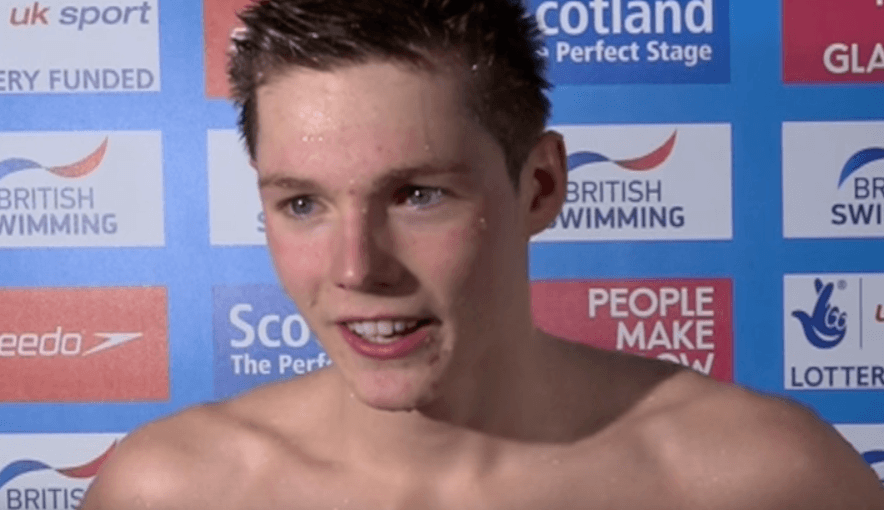 Though the British Swimming Championships weren't without their downsides, they also showed off some of the nation's top young talent, with seven different swimmers breaking eight national age records. Current photo via British Swimming

Here’s a quick rundown of the 7 record-breakers, listed from oldest to youngest:

Duncan Scott, born in 1997, went 48.66 to win the overall national title in the 100 free. The University of Stirling swimmer topped Benjamin Proud by just .06 seconds, and also knocked down the 18-year-olds national record for Great Britain.

Great Britain’s tough selection standards mean Scott’s status on the Rio roster is still up in the air, but his age record is locked in stone.

Georgia Coates competes for the City of Leeds, and took 3rd overall in the 200 freestyle. The 17-year-old went 1:58.54, stealing the age record.

Thomas Fannon of Plymouth Leander twice broke the 17-year-olds 50 free record. In prelims, he was 22.54; in finals he finished in 22.24, lowering the previous record set by Proud at 22.65. Fannon was also second to Proud in the overall finish order.

Newcastle’s Emily Large also took third overall in her event, the 200 fly. The 15-year-old was 2:09.47, breaking the British age record and finishing just six tenths out of a national title.

Dailley was also just two tenths off the national age 50 fly record with his opening split of 25.53.

The youngest record-setter was Lily Boseley, who went 1:02.35 to take down the 14-year-olds 100 back mark. Boseley won the junior championship final by more than a full second for Nova Centurion.

By the way you’re right.
Error from my part.

I only knew that she was born in 1999, so i assumed that she was still 16 years old …
I was to lazy to search her date of birth.

Dang if Mary T. Was in this time period with a tech suit and goggles I really wonder if she could’ve challenged breaking 2 minutes?

And Mary T’s was in a nylon costume and no goggles! Amazing.