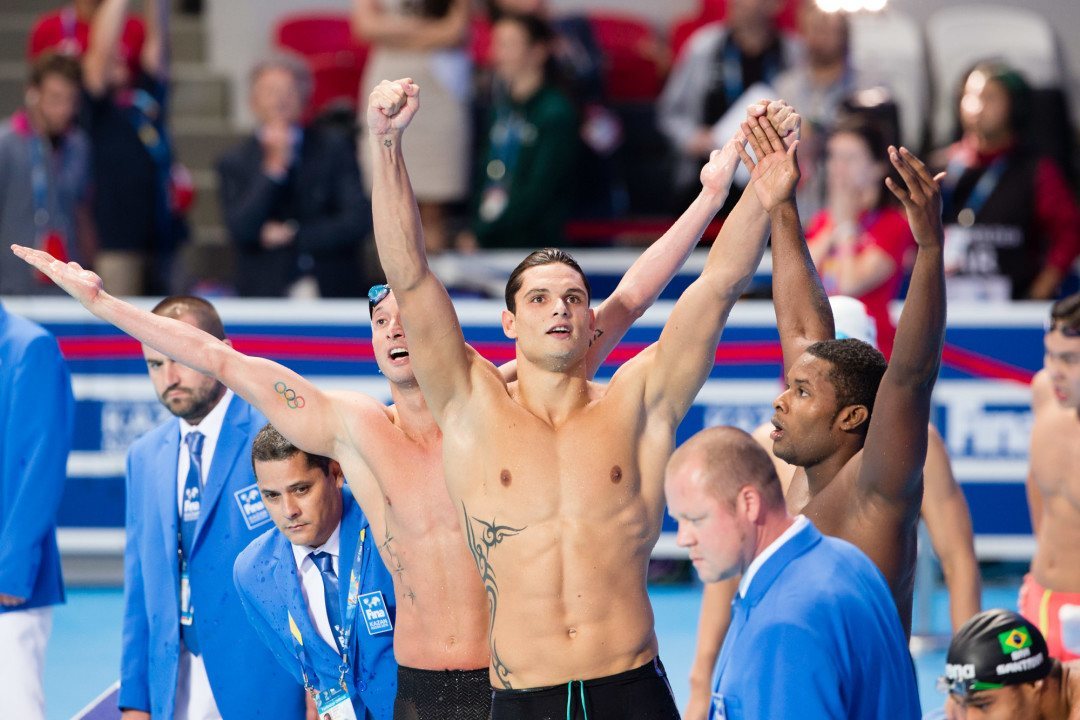 Fabien Gilot, Florent Manaudou, and Mehdy Metella were all named to the French squad for the 33rd LEN European Aquatics Championships in London in May. Archive photo via Tim Binning/TheSwimPictures.com

The French Federation (FFN) has released the list of swimmers it will take to London for the 33rd LEN European Aquatics Championships from Monday, May 16 to Sunday, May 22, 2016.

The team, named by National Technical Director (DTN) Jacques Fabre based on performances at the French Elite Nationals and Olympic Trials at the end of March, will consist of 11 women and 18 men. There were originally 33 names on the list but one woman (Coralie Balmy) and three men (Jordan Coelho, Damien Joly, and Grégory Mallet) bowed out of the competition. Balmy, Coelho and Joly all train under Franck Esposito at CN Antibes; Mallet is part of the CN Marseille group.

The LEN team is made up of the French team headed to Rio, with a few additions (marked with an asterisk*). Below are the names of the women selected to the team for London:

Béryl Gastaldello, who qualified for the European Championships in four events, was not on the roster.

On the men’s side, the following athletes were selected to compete in London: