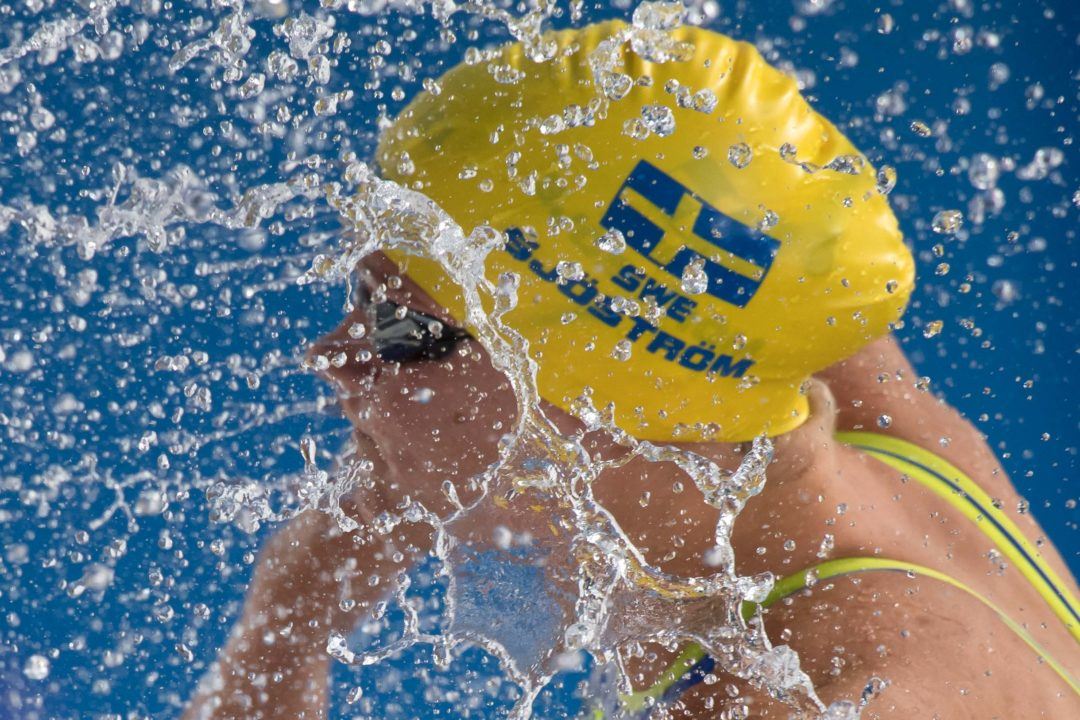 3-time Olympic medalist and 10-time World Champion Sarah Sjostrom is good at very many different distances and races. If one had to pick a specialty race of hers, one where she is heads-and-shoulders better than anyone else that has ever lived, it would be either the 100 fly, or the 50 fly (probably the latter, but its a non-Olympic event, and so misses a lot of the attention).

On Thursday, Sjostrom had a big miss in her best event, though, when she missed the semi-final. She swam 25.80, which tied her for 9th-place in the semi-final with Finland’s Mimosa Jallow (whose swim broke her own Finnish Record from prelims).

That left Sjostrom, barring a scratch out of the final in the race – which is to be held later in the session.

In her post-race interview on Swedish TV, Sjostrom said that she was trying to conserve as much energy for the final later in the session as she could, because she also has the 100 IM semi-final to swim in the session.

Now center-stage to the title belongs to Dutch swimmer Ranomi Kromowidjojo, who qualified 1st in 25.28. Newcomer Emilie Beckmann, a 20-year old from Denmark, qualified 2nd in 25.33, and Aleksandra Urbanczyk from Poland qualified 3rd in 25.51.

Sjostrom’s countrymate Therese Alshammar still holds the European and World Records in the event with a 24.38 that she swam in a rubber suit in 2009 at the Singapore stop of the FINA World Cup Series. Sjostrom’s best in short course meters is a 24.52 – but that’s not really a true representation of her potential, as she swam an outdoor 24.43 in long course in 2014 (with long course times, all else equal, expected to always be slower than short course times).

Sarah Sjostrom missed the final in the 50 fly at European Champs.

6
0
Reply
Caeleb Dressel Will Get 7 golds in Tokyo

You don’t conserve energy at Euros. If you do that, might as well not swim the event.