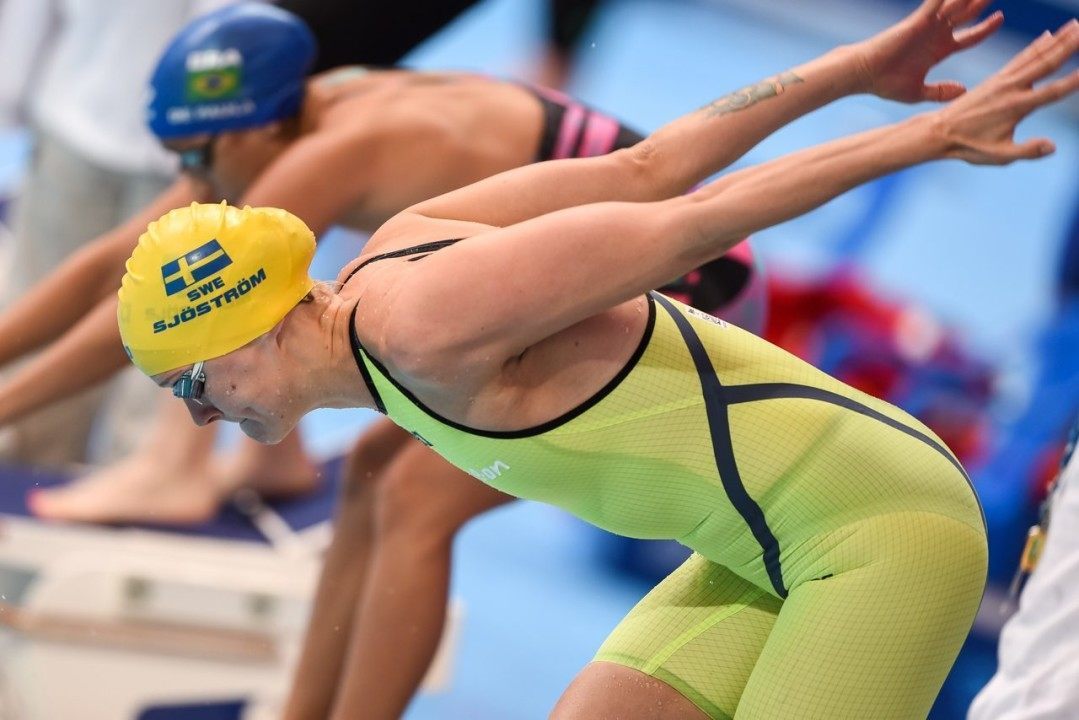 At the touch Sjostrom was a 51.24 taking eight one-hundredths of a second off her previous mark of 51.32 that she set back in November of 2014.

Sjostrom had the fastest 100-meter split out of all competitors in the race. Her closest competitor was Louise Hansson who led off the Helsingborgs team with a 52.88.

Sjostrom’s team ended up finishing fourth overall in the race with a combined time of 3:42.06.

Her 51.24 converts to a 52.84 long course which isn’t far off what she swam at the 2015 World Championships when she took home the silver.

It also ranks her first in the 2015-2016 world rankings in the event, pushing Ranomi Kromowidjojo, who has been a 51.72 this season, to a second place ranking. Sjostrom now joins Kromowidjojo as the only other swimmer to go under 52-seconds in the short course 100m freestyle this season.

Her newly established record in the 100 came after a disappointing result in the 50m fly where Sjostrom ended up getting disqualified. The event went to Therese Alshammar who put up a 24.29 to take home the win.

Sarah has a real ability to make good freestyle times non-tapered, more so than her butterfly. Looks like the shiny suit WR could fall at the euros if the pool doesn’t get too splashy. More than anything else, shows that she’s on the right track with her freestyle heading into the olympic season. It definitely felt like she didn’t get everything out of her potential at the worlds.