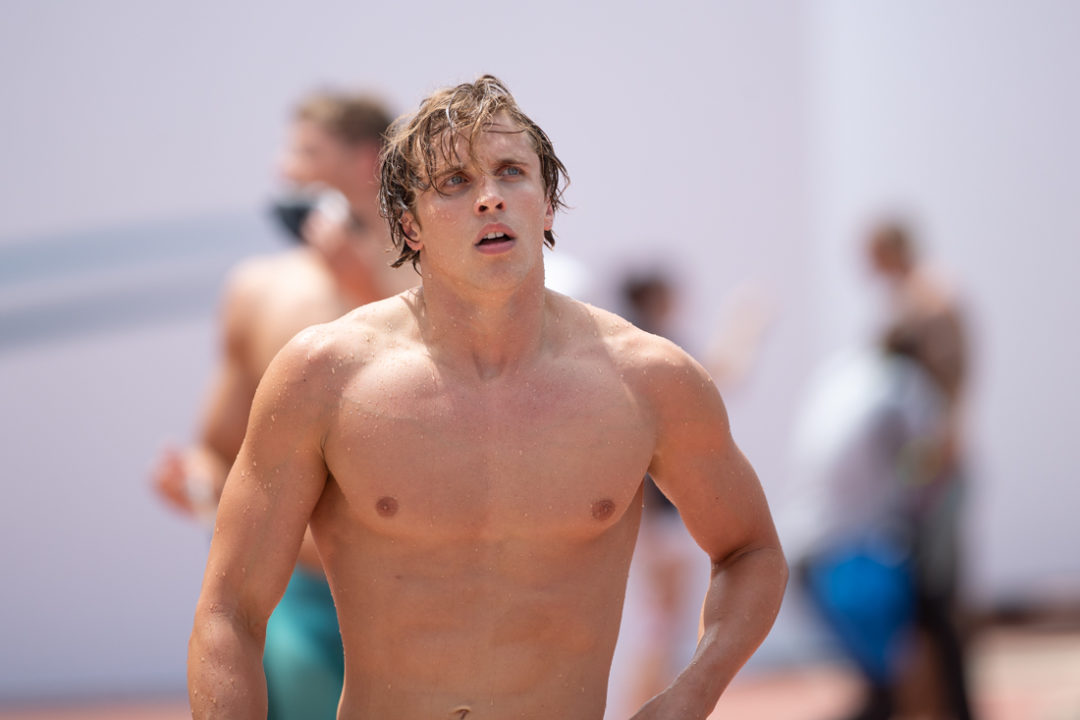 Condorelli, who finished 4th in the 100 free at the 2016 Olympic Games, is the only entry in the men's 100 free at the meet. Archive photo via “Rafael/Domeyko Photography”

The Beaverton site of the 2020 U.S. Open Championships will be the most-sparsely attended of this year’s 9 meet locations, with some events holding no entries at all in preliminary psych sheets.

Amid the ongoing coronavirus pandemic, USA Swimming has split the winter championship meet into 9 different sites in an effort to reduce travel times and minimize the number of individuals in a facility at any given time. As cases rise in the Pacific Northwest, it seems that the willpower to travel for the US Open even to Beaverton is diminished.

That is compounded by the fact that Tualatin Hills will be the only facility without a separate warm-up/warmdown pool, though 1 lane will be made available for such purposes throughout the meet.

While this will be the only site without a US National Teamer participating, the swimmers who are there bring a depth that still makes results worth following.

The highlight is Santo Condorelli, who grew up primarily in the Portland, Oregon suburb of Lake Oswego, which is only about a 10 minute drive from Beaverton.

Condorelli ultimately decided to represent Canada at the 2016 Olympic Games where he placed 4th individually in the 100 free after winning a World Championships bronze medal in 2015 as part of the Canadian 400 free relay. Since 2018, however, he has been officially a sporting citizen of Italy.

That’s not uncommon at the meet. In addition to a few events with only 1 entry, there are some – like the women’s 200, 400, and 800 freestyles – without any swimmers entered.

In spite of the lack of big-name pro swimmers, there are some recognizable juniors who will be in attendance. High school senior Amy Tang, who is the #4 recruit in the class of 2021 and heading to Stanford, is the top seed in the 100 fly, 100 back, 50 free, and 100 free. With a long course best of 54.71 in the 100 free, she has a shot of at least qualifying for a semi-final at next year’s Olympic Trials.

Breaststroker Eva Carlson, who is an honorable mention in that same recruiting class headed to UCLA, will also be in attendance.

Other names to watch at the meet include 5-time Oregon High School State Champ Lily Gardner, Mia Chang, Eva Carlson, and Jazlynn Pak, the latter of whom is seeded low with yards times, but who is looking for a long course breakthrough to match.

A great, fast pool for SCY. A dumpster fire for LCM. Very shallow turn end, narrow lanes, no warm up pool. Generally warm water (though they may cool it a bit for the meet) and terrible air quality (can’t fix that).

It is a legendary pool in Canadian swimming. Rumor is it was short, many age group records set there at the junior international meet.

That was with the movable bulkhead in, for SCM. This configuration is fixed – SCY or LCM.

Agreed. SCM is kind of a mess and LCM is really slow, but it’s a great SCY pool. I raced there twice this last year, once for a Masters meet where they did not cool the water (anything over 100 was miserable), and once for the OR Sr Champs where the water temp was much better.

He still giving the finger before races? Classy

Good thing his dad won’t be allowed in the building.

I wonder why he is not ISL’ing with a team like Aqua? He seems made for the league.