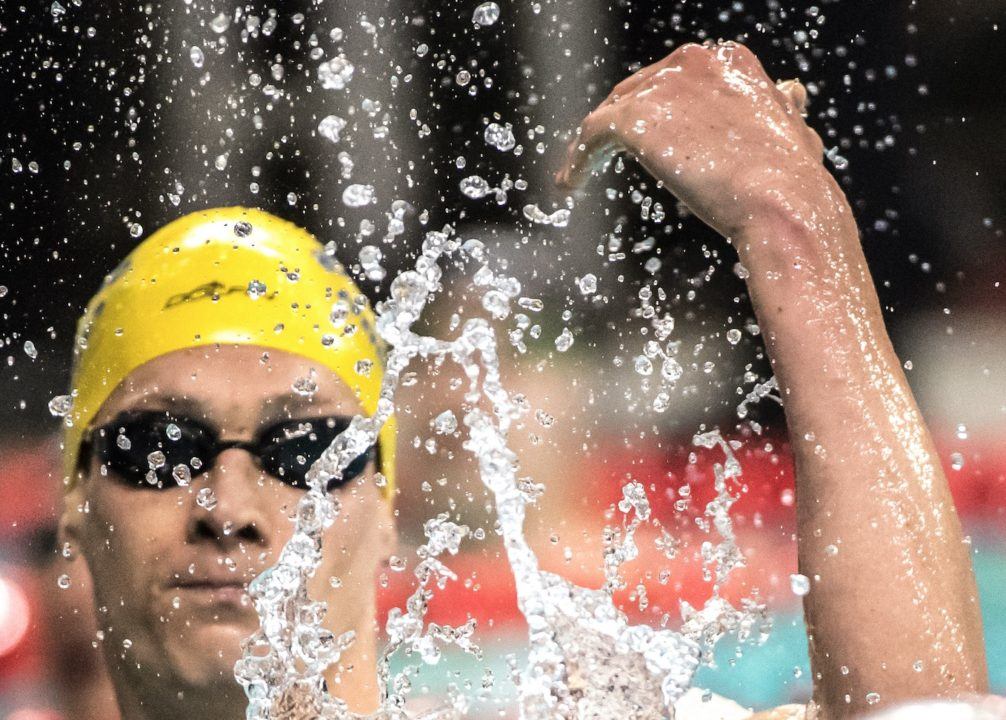 Tonight in Atlanta, Kaitlin Sandeno‘s SwimSquad got off to fantastic start, picking up 30 team points with three scoring-event wins. Though butterfly scorer Sarah Gibson didn’t make her A final, the team picked up a ton of points from Zane Grothe‘s win in the 400 free, Andrew Wilson‘s win in the 100 breast, and Jack Conger‘s Pro Swim record-breaking performance in the 100 fly, where he became the 5th-fastest American in history.

KrayzelburgSquad, which won the point-total competition in Austin, sits second for the weekend after tonight. Two second-place finishes from Kelsi Worrell and Ashley Twichell made a huge contribution to the 20-point total, while Nic Fink‘s 5th-place scored 4 points for the team.

A win from Nathan Adrian in the 100 free plus finals swims from Pace Clark and Kevin Cordes sets Jason Lezak‘s Squad third in the rankings with 14 points, while CoughlinSquad’s lower-finish scores from Melanie Margalis and Kevin Cordes garnered 4 points.