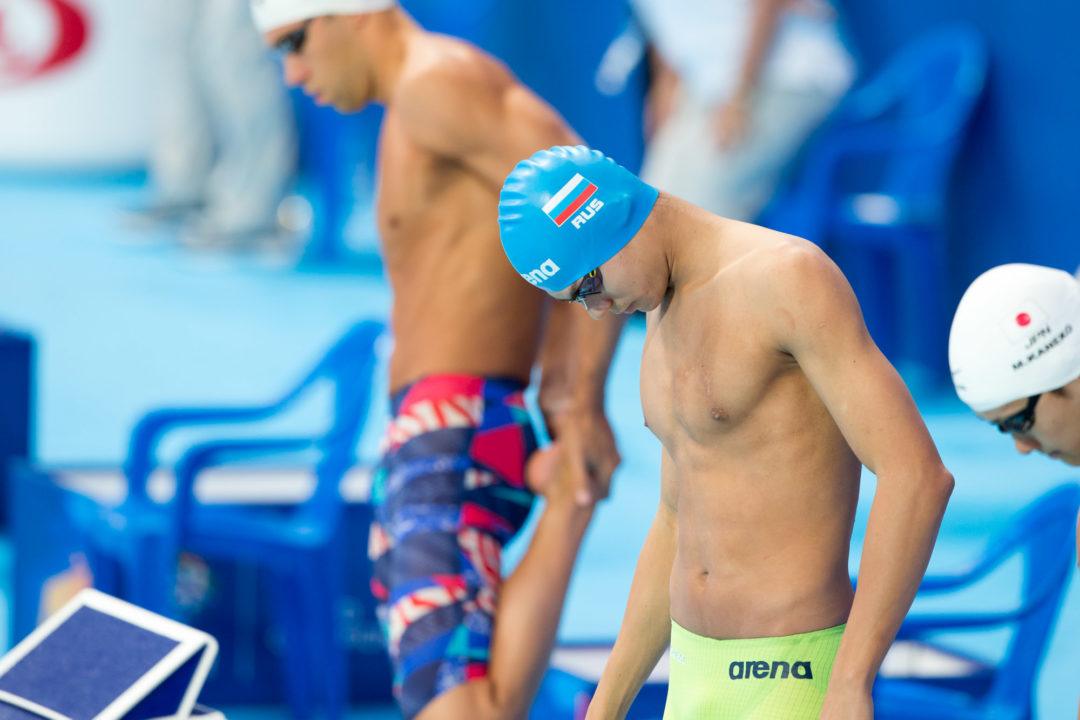 On day 2 of the 2017 Russian National Championships, backstroke standout Evgeny Rylov stormed to gold in the 100 back. Archive photo via Tim Binning/TheSwimPictures.com

On day 2 of the 2017 Russian National Championships, backstroke standout Evgeny Rylov stormed to gold in the 100 back. Rylov, a 2016 Rio Olympic medalist, powered to a 53.13 for the win. That makes him the 2nd fastest swimmers in the world this year behind China’s Xu Jiayu (53.04).

Olympic medalist Anton Chupkov battled Ilya Khomenko down the stretch in the 200 breast final. Khomenko held a full second lead through the 150-meter mark, but Chupkov came home like a train, splitting a 32.35 on the last 50 to Khomenko’s 33.48. At the touch, Chupkov took the gold by .06 seconds, winning in 2:08.03 to Khomenko’s 2:08.09. That now makes them the 3rd and 4th fastest swimmers in the world this year respectively.

On the women’s side, backstroker Daria Ustinova put up a 2:07.23 to win the 200 back. With that, she tied Canada’s Kylie Masse as the fastest swimmer in the world this year. Masse hit the mark at the 2017 Canadian Nationals last week.

Give him a few pounds of muscle and he’s gonna be very tough to beat in the future. Especially in the 200 back.

Really excited for the breastroke races at this world championship