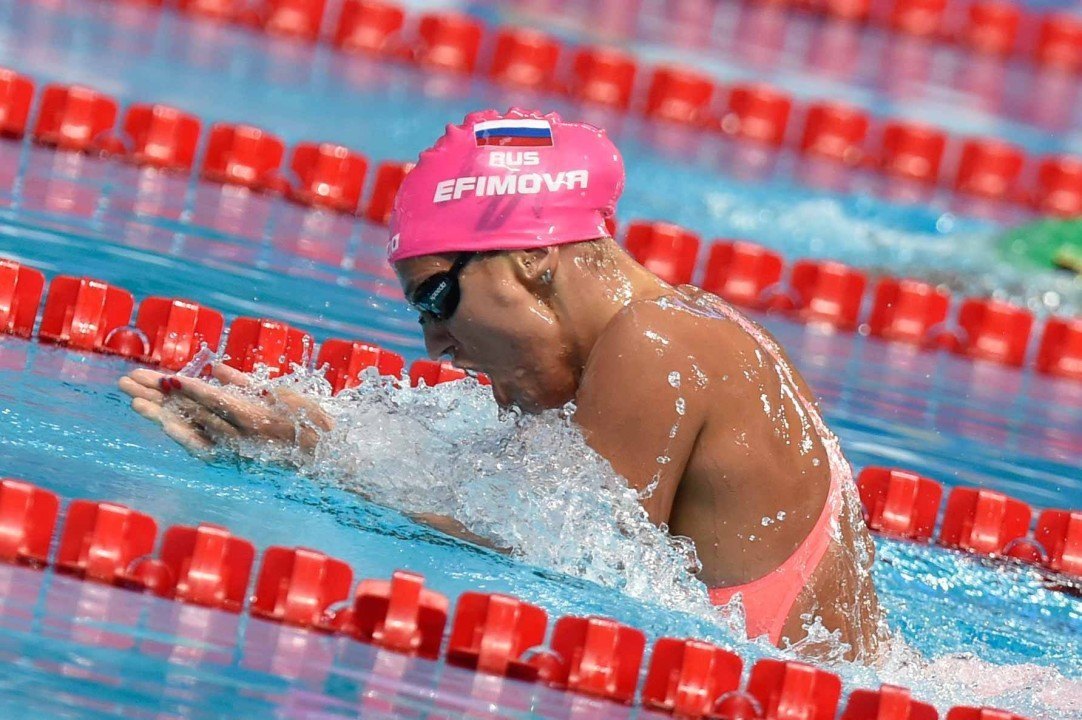 The Russian Swimming Federation will host a training camp for Olympic-hopefuls from April 3-15, during which the meet would have originally taken place. Archive photo via Mike Lewis/Ola Vista Photography

Russia had previously committed to holding the meet as scheduled – April 3-4 at the Palace of Water Sports in Kazan – without spectators. On Wednesday, however, the Russian Ministry of Sports recommended that all Russian sports federations and other authorities cancel or reschedule all official sports competitions in the country starting Sunday and until further notice.

In lieu of the meet, the Federation will host a “training event” for an “expanded list of candidates for participation in the Olympic Games” from April 3-15, giving athletes a place to train as pools nationwide start to close.

The list of Russian athletes who were eligible to compete at the 2020 Russian Swimming Championships is listed here (in Russian). All of the nation’s stars are expected to attend, including Vlad Morozov, Yuliya Efimova, Vladislav Grinev, Andrei Minakov, Evgeny Rylov, and Arina Surkova.

Russia now joins Brazil, China, France, Ireland and New Zealand in the list of nations whose trials have been postponed. As of publishing, 14 nations have canceled their Olympic Trials meets entirely.

Even the Ruskis are using their brain.