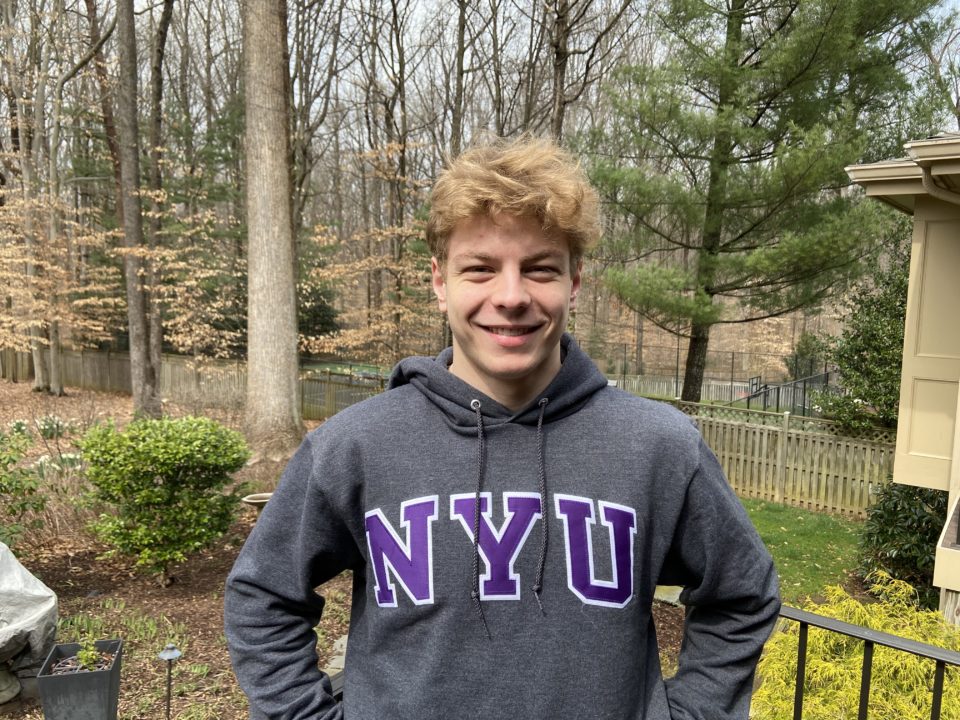 Nick Spicer, from Georgetown Prep and Nation’s Capital Swim Club, has announced his commitment to NYU for the fall of 2020. Current photo via Nick Spicer

“Super excited to announce my commitment to swim and study at NYU Stern!! I couldn’t have done it without the support from my family, friends, coaches, teachers and everyone else who’s helped me along the way! Can’t wait to spend the next 4 in such an amazing city and place.”