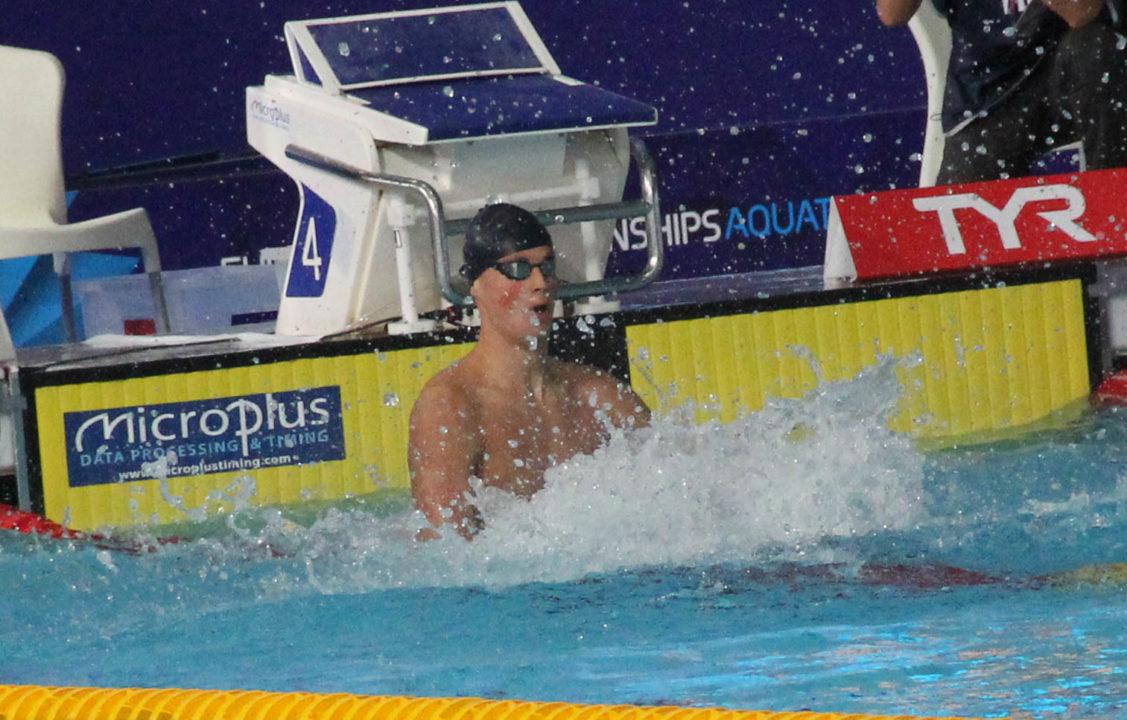 Both Mykhailo Romanchuk of Ukraine and Kristof Milak of Hungary wrapped up wins to close out the 2019 Antwerp Diamond Race tonight in Belgium. For Milak, tonight’s victory in the men’s 100m fly marked his 3rd gold of the meet, after taking the 200m free and 200m fly last night in times of 1:48.94 and 1:58.42, respectively.

Milak opened his 10 fly tonight in a swift 25.04 to bust out in front and stay there to ultimately rock a winning effort of 53.30. That’s well off his time of 51.50 that won him Youth Olympic gold in Buenos Aires last year, but was enough to beat runner-up Ramon Klenz of Germany by over half a second. Klenz touched in 54.12 tonight for silver.

Milak also made appearance sthis evening in the 100m backstroke, where the young Hungarian finished 7th in 58.19. He was runner-up in the B-Final of the 100m freestyle as well, clocking 50.96.

Winning the A-final of the men’s 100m free was Olympic silver medalist Pieter Timmers. Timmers clinched the win in 49.51, one of only two sub-50 second times of the field. The other belonged to Dominik Kozma of Hungary, who logged 49.85 for silver. Kozma tied Milak last night in the 200m freestyle for co-gold.

Romanchuk’s damage was done in the men’s 400m free tonight, where the 22-year-old short course world champion topped the field in a winning mark of 3:49.05. His result represents Romanchuk’s first time of the season under 3:50, with his previous season-best resting at the 3:50.76 produced at the Euro Meet in January.