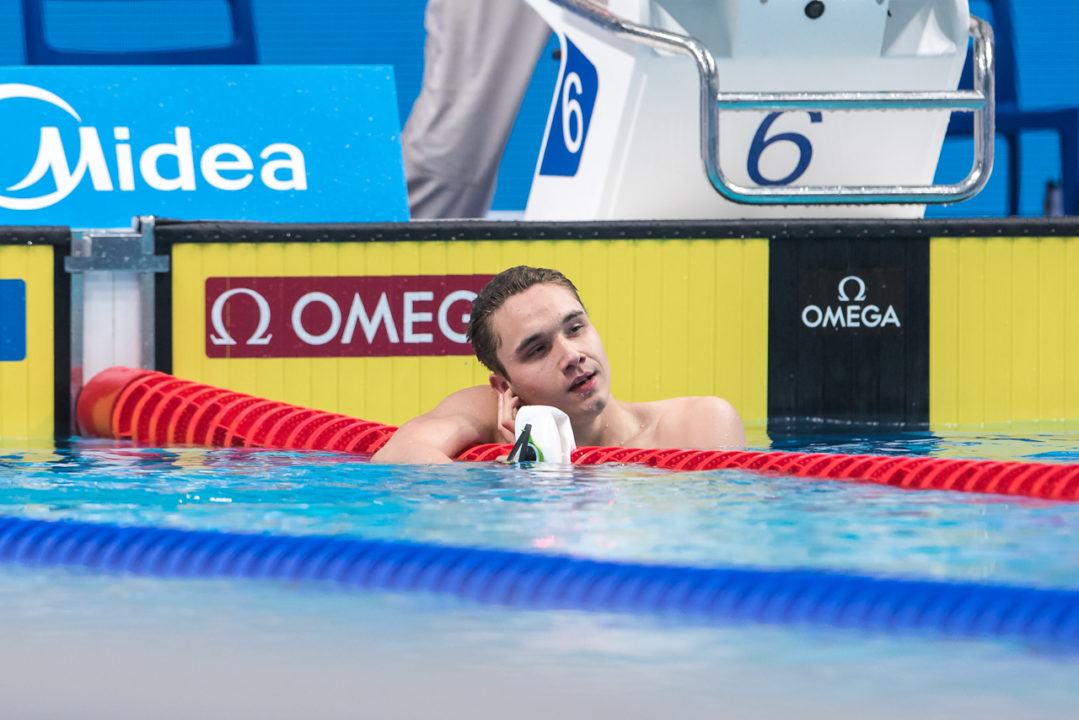 19-year-old Kristof Milak of Hungary racked up two wins on the day 1 of the 2019 Antwerp Diamond Race in Belgium. First, the Youth Olympic Games multi-gold medalist raced to the wall in the men’s 200m freestyle, stopping the clock in a mark of 1:48.94, the 7th fastest time of his young career.

Milak wasn’t on the wall alone, however, as his time matched exactly what teammate Dominik Kozma threw down. Leading after the opening 100m (53.00 to Milak’s 53.58), Kozma fought hard to the end, where his hand hit the wall in 1:48.94 for co-gold with Milak.

Milak’s next victim is his 200m fly specialty, where the reigning World Junior Record holder snared the quickest time of the field outright in 1:58.42. Although that’s well off his own personal best of 1:52.71 from last year, it represented the only sub-2:00 effort tonight in Antwerp.

The men’s and women’s 50m freestyle races tonight set-up the knock out rounds for tomorrow, with the top 8 moving on day 2 rounds. Dutch speedster Tamara Van Vliet leads the women’s field with a top-seeded 25.53, while teammate Thom De Boer leads the men in 22.39, just .16 ahead of Olympic medalist Pieter Timmers.

Of note, both Energy Standard swimmers Mykhailo Romanchuk and Sergii Frolov were originally entered in multiple races on day 1 here in Antwerp, but only wound up competing in the men’s 200m free event. Romanchuk clocked 1:51.04 in the morning, followed by a time of 1:51.44 this evening to land the Ukrainian in 5th place overall.