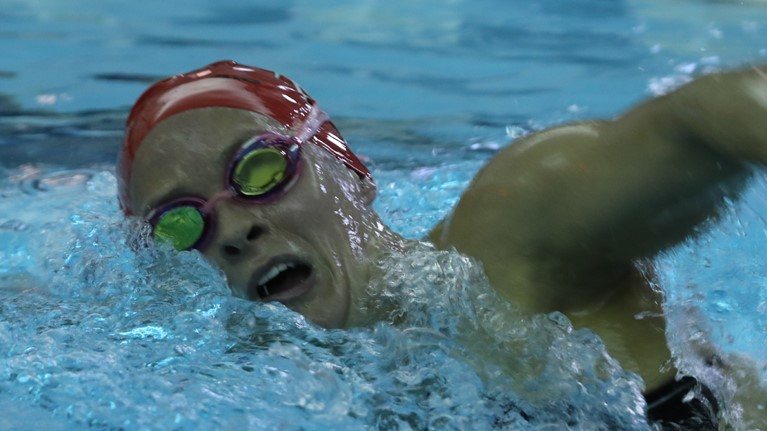 Georgia Men Topple Florida: Freeman is Back, Three Men Break 9:00 in the 1000

Georgia freshman Jake Magahey took down Florida’s Bobby Finke in the 1000 free, hitting a lifetime best in the process.

The Spiders swept the 500 free with sophomore Virginia Marsh leading the way at 5:04.55. Piercy (5:09.55) and junior Lauren Wallace (5:11.93) came in second and third, respectively. Richmond also took the top-three spots in the 200IM with junior Morgan Soulia leading the Spiders as she touched at 2:06.99.

Richmond has won 15 of the last 16 A-10 titles and will return to action on Wednesday, February 14 looking to defend its title. The championship returns to the SPIRE Institute in Geneva, Ohio from February 14-17. More information about the meet will be here on RichmondSpiders.com and fans can follow the team on Twitter and Instagram (@SpiderSwimDive) for additional coverage.

Campbell (4-10) opened the meet with a victory in the 200 Medley Relay. CU’s group of Megan Everritt, Taylor McMinn, Clark and Michelle Case finished with a time of 1:47.99 to place first in the event.

Clark tallied Campbell’s first individual event title of the afternoon with a first-place outing in the 200 Fly, posting a mark of 2:07.35 to claim nine points for the Camels. She also won the 100 Fly with a 57.12 performance, just two seconds off her PR that is also a school record.

Wilson dominated the freestyle sprinting events, claiming victories in the 50 and 100 Free with times of 24.49 and 53.42, respectively.

The Camels also totaled seven runner-up finishes at the meet. Geena Squartino completed the 1000 Free with a time of 10:45.64 to place second, followed by Madison Scott who finished runner-up in the 200 Fly behind Clark with a 2:08.55 performance.

The Camels closed the afternoon with a second-place finish in the 200 Free Relay, as Hannah Kendall, Maddie Heggie, Wilson and Sindija Silina notched a collective mark of 1:36.55.

This marks the end of the regular season for the Campbell swimming program. Up next, the Camels will travel to Athens, Ga. for the CCSA Championships, hosted by the University of Georgia from Feb. 14-17.