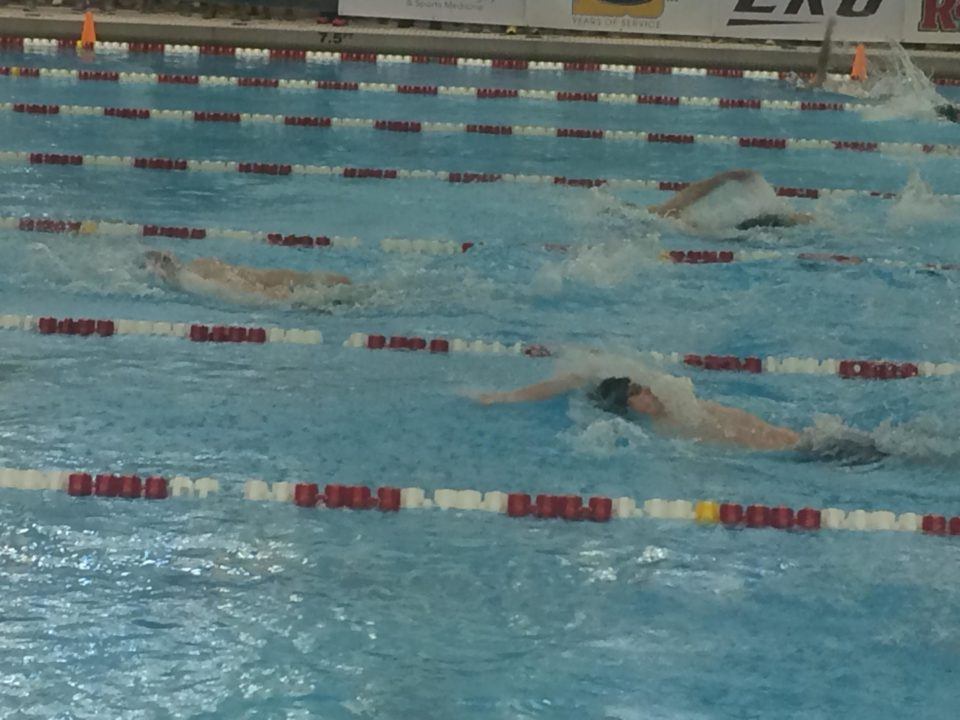 The Kentucky High School State Championship meet wrapped up today, with Louisville’s St. Xavier winning the overall boys’ team title. The Tigers have now earned their 29th consecutive title, their 53rd overall. In last year’s competition, the runner-up Covington Catholic Colonels were within 44 points of the Tigers. However, in a nod to the depth and dominance of their 2016-17 season, the Tigers won this year’s title decisively by 249 points.

Yesterday’s prelims session belonged to Christian Academy’s Nicolas Albiero as the senior fired off two massive state records to kick-off his final state meet campaign. Both records had been owned by 2000 Olympian Nate Dusing since 1997, but Albiero surpassed the 100 butterfly and 100 backstroke marks in spades. His times yesterday were 46.77 in the butterfly and 47.59 in the backstroke, but the University of Louisville-bound athlete took each mark into even lower time territory during today’s finals.

Splitting 21.62/24.67, Albiero rocked a new state 100 butterfly record-setting time of 46.29 to not only blow away his own mark from yesterday by almost half a second, but also surpass his nearest competitor – in a state final – by over 4 seconds. Albiero then registered a new state record in the 100 backstroke, stopping the clock at 47.23. His splits of 23.28/23.95 produced a state title-winning time in the only sub-50-second mark of the entire field.

Other individual stand-out winners included St. Xavier’s Aldan Johnston who scored a state record of his own. After coming within a second of the 200 freestyle state mark in his prelims swim yesterday (1:38.48), the junior got the job done today, earning a victorious result of 1:36.89. That comfortably overtook the previous state record held by now-Stanford senior Max Williamson, whose time was 1:37.93 from 2013. Johnston would also go on to take the 500 freestyle win in a time of 4:25.73.

Trinity sophomore Hunter Tapp kept a state record within his high school’s swimming family, notching a new standard in the 100 freestyle. Former Trinity swimmer Thomas Cooper held the state record in 44.71 from 2012, but Tapp raced to the wall in a blistering 44.65 to overtake the record by a slim, but significant enough, margin.

The final individual record to bite the dust today was in the 100 breaststroke event. St. Xavier senior Keefer Barnum, a University of Virginia commit, lowered his own 54.69 state mark from last year to a new grade of 54.36 to help add to the Tiger point kitty.