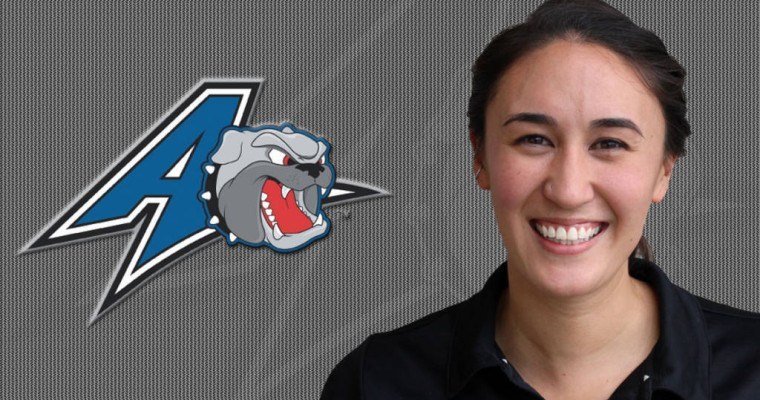 “I am excited to add Rebecca to our Bulldog Swimming Family,” stated Lykins. “Her extensive knowledge of swimming technique will be an excellent asset on pool deck. Her enthusiasm and work ethic is a perfect fit for our program.”

A biomechanics and technique specialist, Westfall brings a variety of experience to the Asheville program. She is currently writing a series of articles on kinetic energy and movement through the water that are published on SwimSwam.com.

Westfall has been an assistant coach under Andrew Pulsifer at Warren Wilson College the past two years. In addition, she served as the Interim Head Coach and Aquatics Director at Emory & Henry College during the 2011-12 campaign.

Her first collegiate coaching position came at Adams State College in Alamosa, Colo., where she was the Director of Swimming and Aquatics for two years. During her tenure, Westfall created the first-ever women’s team and brought back the men’s program for the first time since the 1970’s.

While at Texas A&M, Westfall was an eight-time all-American, nine-time Big XII champion and 2004 Big XII Newcomer of the Year. As a freshman won the 100 and 200 backstroke events and anchored the 400 and 800 free relays in 2004, winning the Aggies’ first-ever relay conference titles. She suffered shoulder injuries as a sophomore and junior, but rallied to make a senior comeback. In 2007, Westfall won the 100 butterfly and took second in the 50 free, which helped the Aggie squad to the school’s first-ever team Big XII title and an eighth-place finish nationally.

The above is a press release submitted by UNC-Asheville.