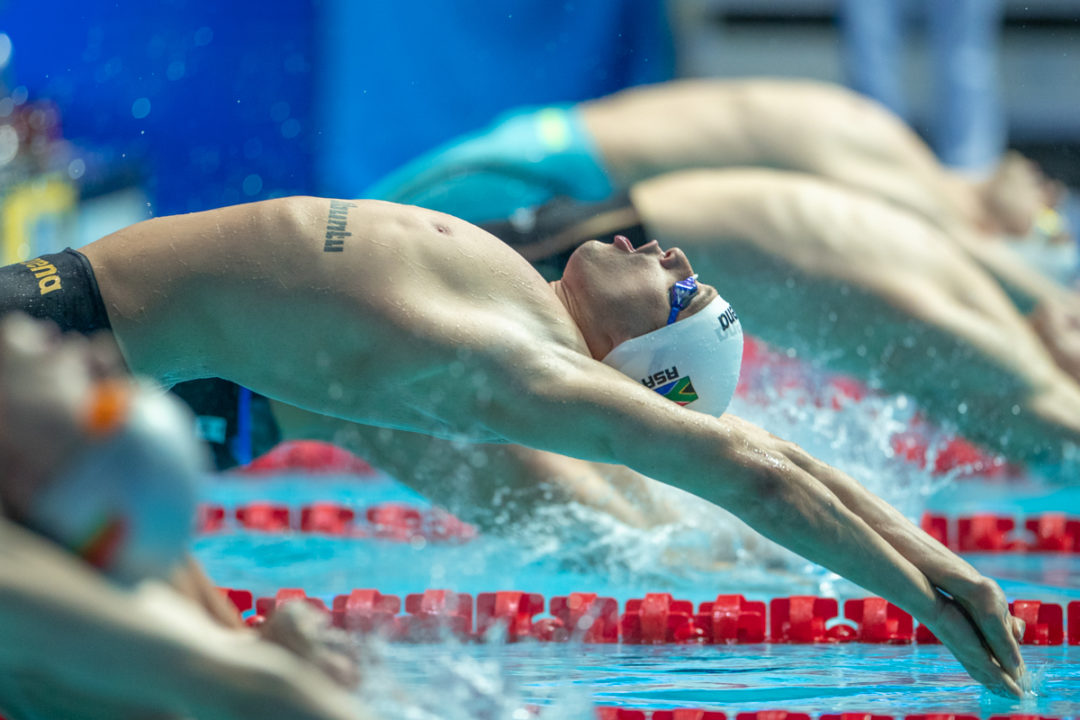 Among 5 highlight races worth watching on Friday night will be a battle between World Champion Zane Waddell (above) and charging sophomore Shaine Casas. Archive photo via “Rafael/Domeyko Photography”

With ACC women’s, Big Ten women’s, and SEC men’s and women’s swimming & diving championships all going on simultaneously, plus a dozen mid-major conference championships, there are a number of highlight races to watch on Friday evening.

But, if you’re going to make time on a Friday evening to watch just one race, that race has to be the men’s 100 back at the SEC Championships.

There, Texas A&M sophomore Shaine Casas and Alabama senior Zane Waddell will face off in a heavyweight slugfest between two swimmers who are not only among the best in the country, but who swim the race almost identically.

Consider prelims. Racing in different heats, here were the two swimmers’ splits, by 25:

In spite of not racing in the same heat, the two were never separated by more than 8-hundredths of a second via splitting. Casas touched in 44.73, tying the SEC Meet Record done by Alabama’s Connor Oslin in 2017, while Waddell touched in 44.74.

The two will be among the contenders for the NCAA title in March as well. To wit, here are the 6 fastest finals times (A or B final) from last year’s NCAA Championship finals:

So, while NC State’s Stewart has to be the favorite heading into NCAAs, Casas and Waddell (the 2019 World Champion in the 50 back) are contenders as well.

Other Races to Watch on Friday:

Texas has a lot of potential in the 1 back, too. Already got 4 guys (Katz, Harty, Jiang, and Staka) under 45.5 at the mid-season meet. We’ll see what happens at Big12.

Impressive depth for Texas in so many events

Staka could go 44, he could go 48, possibly both in the same day, that’s kinda how it goes with that guy.

Hope he does well though.