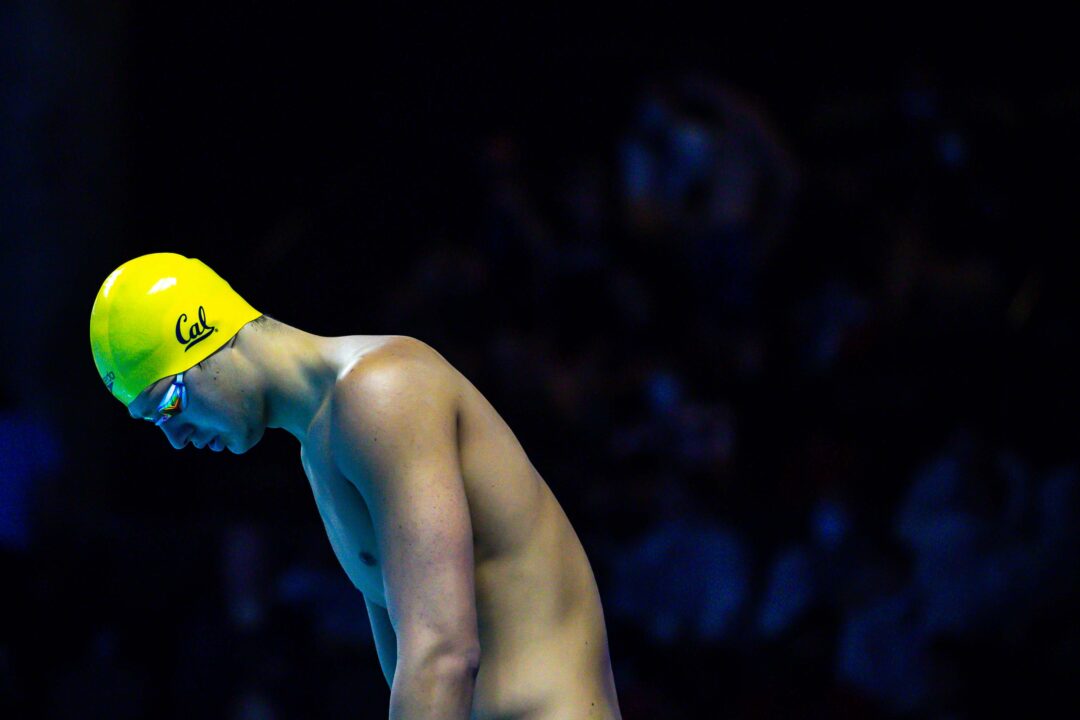 In a short Day 2 prelims session, Cal's Matthew Jensen will swim the 100 breast, scratching the 100 free where he was the #11 seed. Archive photo via Jack Spitser/Spitser Photography

On Day 2 of the Mission Viejo Pro Series, the final edition before World Championships, the women’s and men’s 100 free, 100 breast, 200 fly, and 400 free will be contested.

Even with minimal scratches, it projects to be a short session. Both 100 free races have 4 heats, which is the most heats an event has all morning. All told, the morning’s session is slated to take just over an hour and half.

A few other PAC-12 swimmers also scratched events. Ayla Spitz, who’s swimming unattached for Irvine Novaquatics, scratched the 400 free. She was the #8 seed in 4:14.03.

Cal’s Matthew Jensen scratched the 100 free, where he was the 11th seed, in favor of the 100 breast, where he’s seeded 17th with a yards time of 54.32. Given that there are only three heats of women’s 100 breast between the events, the move makes sense.