Pool Indoor Air Quality: Why It Matters To Your Health And Performance (Part 3) 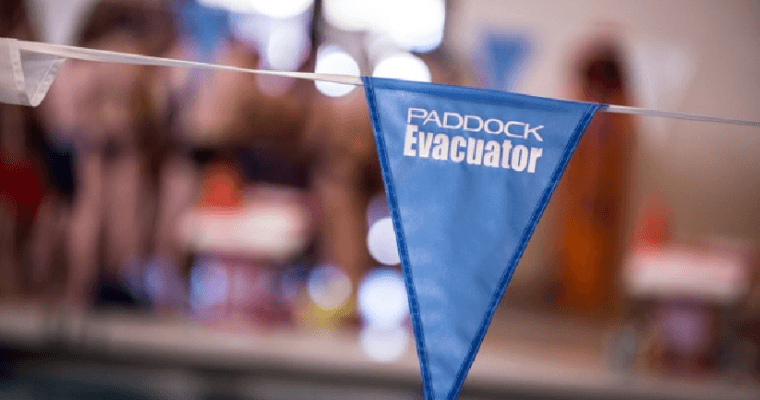 Peeing in the pool creates a nerve toxin cyanogen chloride, which reacts slowly with water vapor to form toxic hydrogen cyanide poison. This issue is quite serious. Serious enough that the Federal Government has been taking steps to address the issue of indoor pool air quality.

Courtesy of Eric Knight, a Paddock Evacuator specialist. Knight is a former college swimming standout at George Mason, a 5-time CAA Champion. Knight went on to compete for super club SwimMAC, training among the fastest swimmers in the world on SwimMAC’s Team Elite, netting an American Record on the 200 medley relay. A sufferer of swimming-induced asthma, Knight is passionate about educating the public on pool indoor air quality. (Paddock Evacuator is a SwimSwam partner.)

Air quality and its known health effects have garnered the attention of the World Health Organization (WHO) and US Centers for Disease Control (CDC). All of the information contained in this article is accessible online through credible resources, and we encourage all of you to research these topics on your own so that we can, together, keep our sport as safe and healthy as possible.

In our last article we discussed how chloramines and other disinfectant byproducts behave while airborne in a natatorium. In short, contaminants are heavier than oxygen, so they hang low, and get moved around by whatever airflow reaches them. In many cases, airflow never gets down to the deck level, causing stagnation. Eventually, the bad air gets recirculated, which compounds the problem.

So why does it matter?

To some people, it may not. If the air quality in the pool is tolerable enough that you don’t have issues, it’s easy to ignore. But think for a moment about what is really going on around you. If you have read the news recently, you may have found the study that showed the harmful effects of peeing in the pool. It was published by scientists from Purdue University and the China Agricultural Institute, and all the major news outlets picked up on the story. If you have not read their discovery, you should, here.

The study found that uric acid in our urine reacts to chlorine, creating the byproduct cyanogen chloride. That’s right—it’s a nerve toxin used in chemical warfare. To quote the CDC’s website directly:

Read it again, pause and let it sink in. Peeing in the pool creates a nerve toxin cyanogen chloride (bad), which reacts slowly with water vapor to form toxic hydrogen cyanide poison (worse). As you can see, this isn’t just the “pool smell” we’re all familiar with. This issue is actually quite serious. Serious enough that the Federal Government has been taking steps to address the issue of indoor pool air quality.

If it’s really so bad to pee in the pool, why is this just being addressed now?

Try to keep in mind that the field of indoor pool air quality is still emerging. In other words, the topic has only recently become relevant enough for scientists to focus on it. Given this latest research, expect growth in this field of study. Tens of millions of people swim in pools on any given day, and this is not a problem exclusive to the competitive swimming community; this problem affects any and all users of pools from toddlers to the elderly, and the staff that operate those pools.

This information is not meant to ignite fear of indoor pools, it’s only to inform you of the science behind this issue. To be fair, it would take an extremely high concentration of uric acid and chlorine to make a pool’s air lethal, and the numbers are impossible to reach. However, the amount that is produced can be enough to make us sick, give us sore throats, burning eyes, skin rashes and coughing fits. On a weekly basis we hear reports of lifeguards going to the hospital for severe lung and respiratory distress and even infections. And bad air quality affects more than just health—it affects performance, both in training and competition.

What can be done?

People have been trying different things for decades. Water chemistry changes, installing UV systems, hiring better staff, shocking the pool and upgrading air handling equipment. Nothing has effectively eradicated this problem until The Paddock Evacuator. It actually targets the problem at its source, and eliminates it. Our pools will always produce chloramines and other airborne contaminants when people are in the pool, but The Evacuator will get rid of that air before it builds and becomes a problem. Eliminating this bad air is the safest and most efficient way to have a healthier pool. Don’t rely on opening doors to bring outside air in—it’s expensive, disruptive to the building’s equipment, and it doesn’t address the real problem. Only The Evacuator does, and you may have to breathe it to believe it.

We are swimmers and swammers, just like you, who have suffered through bad air quality for countless years.
We know how miserable an indoor pool can be during swim practice or a meet, because we’ve lived it. It is personal to us, and we have devoted our careers to not only educating the swimming community about air quality, but actually solving the problem. Our mission is to make the indoor pool a healthy, desirable place to be—not just a tolerated amenity. More at www.paddockevacuator.com.

This February I swam at a meet that my club hosts every year with usually no problems. But this time, the air quality in the pool was terrible. They put extra chlorine in the pool since there were so many swimmers in it. That made the air difficult to breathe and it was also very hot. Then they opened the doors too the outside to get fresh air in, which made it super cold in there. They actually had to stop the meet multiple times to give the timers and officials breaks from the air.

New pool building codes should require restroom facilities within ten yards of the pooldeck. Don’t pee in the pool.
Do runners pee on the track?

How do we use this to influence coaches who don’t allow pee breaks or so harshly discourage them that their swimmer feels forced to pee in the pool? I remember one coach who, in addition to requiring a shower before getting in the pool, asked each young kid if they’d peed before they got in, if they said they didn’t have to go, he sent them back to go anyway.

Liquidassets — I think a good place to start is for coaches to build in bathroom breaks throughout the workout. Say, one after the ‘buffer set’ after warmup and before the main set, or one immediately following the warm up. Give swimmers the chance to get out, pee, and get ready for their main workout. If it doesn’t interfere with the goals of the set, it’s the most appropriate way I can think of to get people to the bathroom.

I’m glad I came across this. My teammates and myself keep getting sick from the cumunity center pool we swim at. I seem to get it worse than anybody and it’s really been affecting my training. People say the air circulation at the pool is bad, and the pool is definitely not colder than the air, the pool is in the high 80′s. it’s a community center pool, so it’s probably also high in chlorine. What could I ask the community center to do?, even small things like the tempature of the pool, that might make a little difference.

Hi, I’m swimming teacher. I started to have trouble breathing while a teacher and also losing my voice. I’m teaching an indoor pool with blinds. The temperature of the pool is 30 degrees. I am fine while the blinds are down soon as they put them up to 20cm the cold air and the wind. This is when I have the trouble. I also got a rash. What can I do to fix this problem?