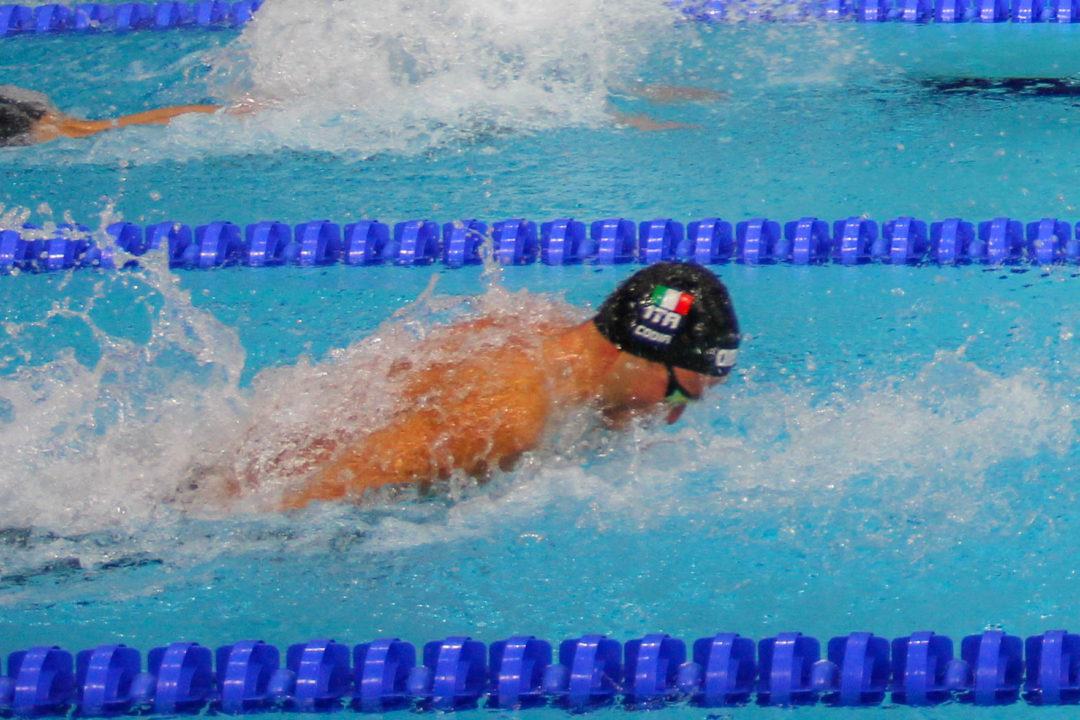 Now within 3 weeks of the season-opener, the International Swimming League continues to be plagued by high-profile swimmers withdrawing from competition. Archive photo via Giusy Cisale

Now within three weeks of the season-opening meet, the International Swimming League continues to be plagued by high-profile swimmers withdrawing from competition. The latest is Italian butterflyer Piero Codia, who bowed out from the Aqua Centurions roster this week, according to Italian media.

Codia told SwimSwam the decision was a technical choice made with his club and his coach. The 29-year-old Codia was the 2018 European champ in the 100 long course meter butterfly. He finished the 2018 season as the #2 swimmer worldwide, his 50.64 behind only Caeleb Dressel‘s 50.50. In 2019, though he could only put up a 51.75 at the Italian Championships and fell further to 53.09 at Worlds. He finished the season ranked 21st worldwide, though no one but Dressel matched his 2018 season-best.

Codia is the third major Italian swimmer to drop off the Aqua Centurions roster this month. IMer Ilaria Cusinato withdrew to adjust to a new training program, and distance man Gabriele Detti dropped out to attend a training camp that would have taken him out of the bulk of ISL season. Elswhere around the league, World Champs silver medalist Andrei Minakov withdrew from the Energy Standard team to preserve his NCAA eligibility and short course World champ Danas Rapsys pulled out of the same roster to attend the full World Cup series.

We’re keeping track of running rosters as best we can with all the late changes – you can see the most updated version here.

A lot of the US swimmers are probably more comfortable with this style because it recreates dual meet style competition. Guess it’s a bit different for some of the euro swimmers

Is there a reason they decided to debut the ISL in 2019, 10 months before the Olympics, rather than in 2020, after the Olympics? Seems like a weird time to start it, given swimmers are focused on Tokyo, training long course etc.

My read: they’ve been trying this for years, and this is when the full FINA block came to fruition with the right pieces to fight back. It was the right moment for timing. They’ve got enough in the coffers to have one year where they learn a lot about doing something that they (nor anybody else) have done before, and in the post-Olympic year, they improve it when the real eyeballs tune i n.