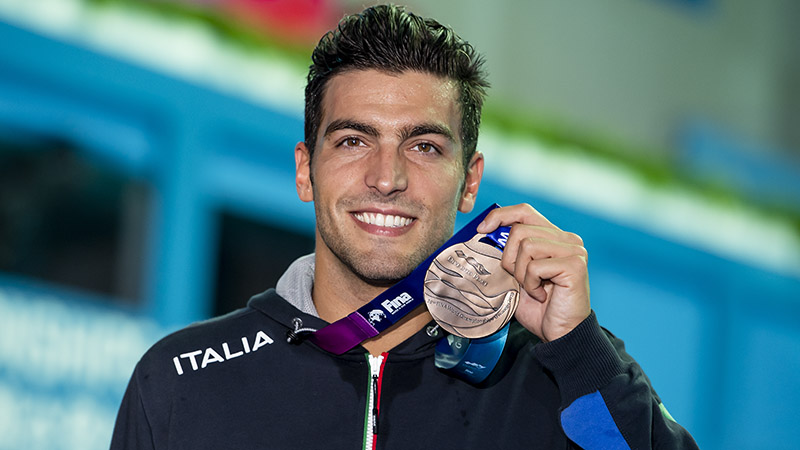 Federica Pellegrini’s Aqua Centurions swim team of the International Swimming League (ISL) has taken another blow with the announcement by Gabriele Detti that he, too, would be withdrawing from the initial season of the league in 2019. This comes on the heels of the announcement of the same decision by Ilaria Cusinato last week.

Detti’s coach Stefano Morini said that the decision was made that Detti’s training does not align well with the ISL season, and that they are focused on Tokyo. Detti will be in a training camp at altitude in Livigno, Italy from October 6th-30th, which includes the majority of the ISL season.

This loss is also a significant hit to publicity in the Aqua Centurions’ home country of Italy: Detti is a very popular figure on social media, with 146,000 Instagram followers

With Detti’s departure, the Aqua Centurions are down to 13 male swimmers and 14 female swimmers. Teams are allowed to bring 14 swimmers to each meet, with 2 of those being relay-only swimmers.

Aqua Centurions’ Most Up-to-Date Roster for the 2019 ISL Season:

Wish him the best of luck at Tokyo!

The ISL is going to be very underwhelming this year. No one of note is going to rest for any of these meets except MA.

I’m wondering if Missy was invited by any of the team or she wasn’t interested considering that that will only hurt her legacy or her application was rejected.

Based on some of the athletes that are being picked up, I’m confident that even a post-shoulder-surgery Missy would have been an upgrade for some teams. And that’s without regard for her star-power (which is still prodigious, mind you).

So there are some circumstances that preclude her participation in this pretty popular movement. Is she pregnant?

Dude…. do you think before you type?

I don’t know that one way or the other. Whatever the circumstances are, they probably fall under the general umbrella of “because she didn’t want to.”

She is getting married this weekend so between prepping and honeymoon, probably not a good idea!

If we thought her previous communications were enthusiastic , this announcement is going to be superlative . I am looking forward to it .