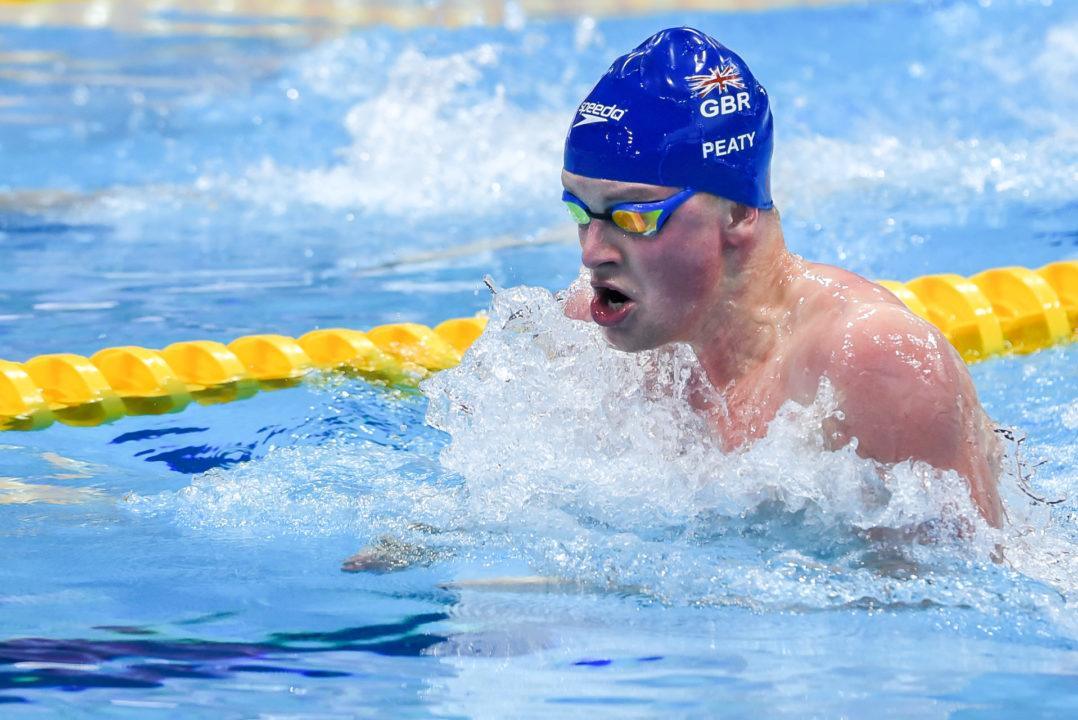 After topping yesterdays semi-final in a tie for the 5th fastest swim in history, Adam Peaty equalled the time in the final taking his second consecutive European title. The swim ties as 5th fastest all-time with his swim from yesterday and Cameron van der Burgh‘s silver medal winning swim from the 2015 World Championships in Kazan.

Here’s an updated look at the top ten all-time performances in the men’s 50 breast:

Peaty adds to his count, now owning six of the ten fastest swims in history, including five of the seven fastest.

Peter John Stevens of Slovenia took the silver medal behind Peaty in 27.09, and Peaty’s British teammate Ross Murdoch won his third individual medal of the meet with bronze in 27.31. Murdoch also won gold in the 200 and silver in the 100. Peaty now has three golds, adding to the two he already won in the 100 breast and the mixed medley relay. He’ll have a shot at a fourth tomorrow, the final day, in the men’s medley relay.

Peaty remains on the top of the world rankings, and Stevens moves from 7th to 3rd behind only Peaty and van der Burgh.

I see where your going with that and that’s not what I meant????

The more muscle you carry the more oxygen it takes from your body during an event. There’s a fine balance between power and endurance there. In Peaty’s case that extra power bodes well for him in the 50 and 100, but may be more of a hindrance in the 200.

I’m waiting for the video to come out. Peter John Stevens has me going back and reading the rule book again. Watching it live, I could see water splashing up on his up kicks especially towards the end. I guess it’s legal as long as his feet don’t move back down like in Cody Millers kick. But I have never seen that much force on an up kick in breast to where the water splashes up.