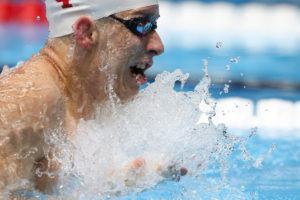 It’s been a great meet for Indiana’s Ian Finnerty, but one pivotal evening of racing remains. 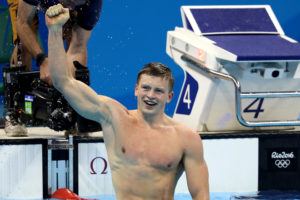 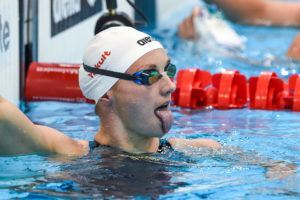 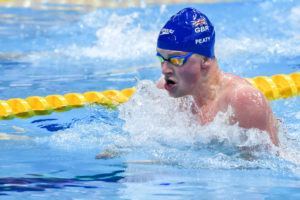 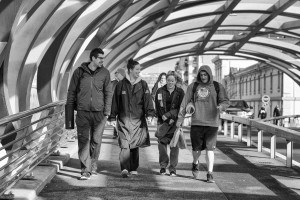 The Geneva International Challenge took place this weekend, featuring swimmers from across the world, including Damir Dugonjic, Kate Ziegler, Molly Hannis, and Brad Craig (above). Here are some snapshots from the meet.

Damir Dugonjic
Dami Dugonjic is a Slovenian Olympian and former NCAA Champion competing for Cal Berkeley. Born February 21, 1988 Dugonjic stands 6’7″ and is originally from Ravne na Koroškem in Slovenia, where grew up swimming, and quickly became a competitor across the international front. In 2006 he was a member of the Slovenian European Junior Championship Team and two years later was a 2008 Olympian.

Cal Berkeley
Dugonjic was a member of Cal’s competitive squad from 2007-2011, and made an immediate impact the men’s swimming and diving team. He brought huge success on both relay and individual fronts — Dugonjic was the breaststroke leg of the 200-yard medley relay that broke the School Record in addition to the 400-yard medley relay that broke Cal’s previous record. Those two relays won numerous Pac-10 titles and won NCAA titles; however, Dugonjic was a champion individually as well. In 2009 and 2010 Dugonjic took the NCAA title in 100-yard breast, breaking the American and NCAA Records down in 2009. In addition he left Cal as a Pac-10 record holder in the 100 breast, 200 medley relay and the 400 medley relay.

2008 Beijing Olympics
Competing in his primary event, the 100-meter breast, Dugonjic travelled to Beijing to represent Slovenia at the 2008 Olympic Games. There, he advanced to the semi-finals after a decent preliminary swim, but his journey ended there as he finished 16th in 1:00.92.

2012 London Olympics
Going into London, Dugonjic was one of Slovenia’s limited supply of male swimmers that qualified for the Olympics (Slovenia’s standouts, Dugonjic and Sara Isakovic, both trained at Cal). Swimming the 100-meter breast, Dugonjic went 1:00.77 to finish 18th overall.

2013 FINA World Championships
At the 2013 World Championships Dugonjic had a stunning semi-final performance, dropping to 59.80 from a lifetime best of 1:00.36 qualifying him in 4th place. In the championship final, Dugonjic took the first 50 meters out steadily and turned in 7th place. He battled back on the final 50 meters of the race, missing the bronze medal by .03 seconds, and finished 4th.

The 50-meter breast was even more of a heartbreaker for Dugonjic, as he finished in 27.05 needing to put just 27.04 up on the board for a bronze. The heat was so tight that 1st-5th place was a half-second difference.

2015 World Championships
In the 50-meter breast Dugonjic was expected to be a threat, and advanced from the semi-finals in 5th, swimming a sub-27 second race. In the championship final though, Dugonjic added about .3, but held his 5th place position. He also competed in the 100 breast, but finished in 17th in 1:00.36, just .01 from advancing to the semi’s.