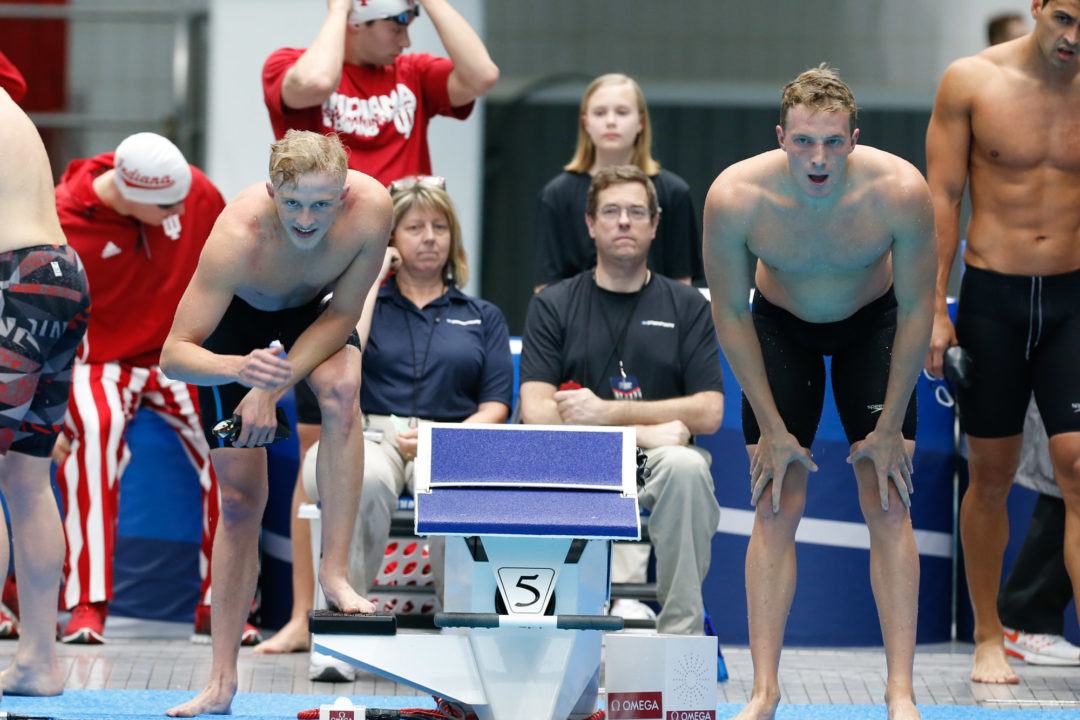 Mulcare dropped almost a full second from his time, clocking in at 1:38.56 to tie NC State's Hennessey Stuart as the 9th fastest performer ever in the event. Current photo via Tim Binning/TheSwimPictures.com

USC’s Patrick Mulcare ripped through prelims of the 200 back at the 2017 Men’s NCAA Championships. Mulcare dropped almost a full second from his time, clocking in at 1:38.56 to tie NC State’s Hennessey Stuart as the 9th fastest performer ever in the event. Stuart put up that time in finals at last season’s NCAA meet.