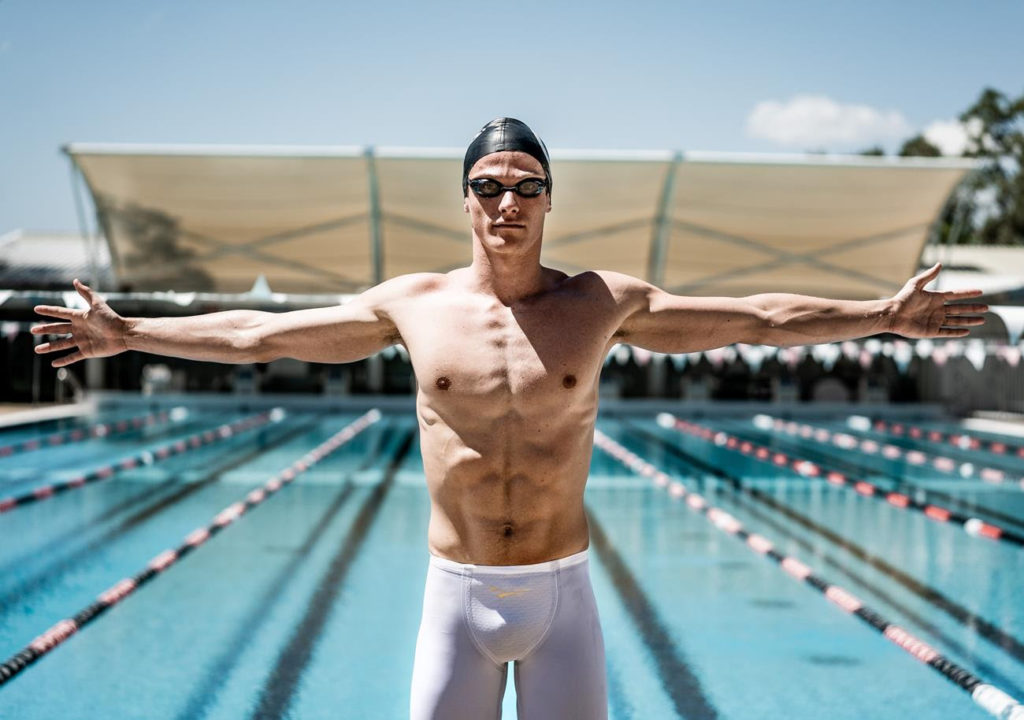 Aussie men and women will be heading to their annual National Event Camps next month, with high-profile coaches such as Michael Bohl & Dean Boxall. Archive photo via FINIS, a SwimSwam partner

The nation of Australia finished as runner-up to the United States of America in the overall swimming medal table at the 2016 Olympic Games in Rio. Aussies rounded up a total of 10 medals, composed of 3 gold, 4 silver and 3 bronze in Brazil.

Swimming Australia is wasting no time in preparations to potentially improve upon those hardware counts this year in Tokyo, as the nation’s top swimmers will be entering National Event Camp (NEC) season.

Last year there were 7 camps that spanned various disciplines and events, while 2020 brings a total of 8 camps.

Per National Team Head Coach Jacco Verhaeren, who will be leaving Swimming Australia after this Tokyo campaign, said the camps would provide opportunities for collaboration, innovation and to sharpen technical focus in an important year for Australian swimming.

“No one camp is the same and the programs are designed and led by our designated head coaches, which I think is fantastic as it will expose some of the athletes to different training environments as well as collaboration with other athletes from outside their usual training venues,” Verhaeren said.

“Some of the camps will also have a strong focus on relays as our work on the national relay testing program continues to take shape.

“These camps tend to often foster healthy competition and allow athletes to have increased access to event-specific coaching from inside our senior-level programs.

“The athletes from our pathway programs will also have the chance to be exposed to senior international training preparation which they will benefit from.

“The camps will be supported by some of the country’s top sports science and sport medicine professionals who will provide support on innovation for both athletes and coaches.

Coaches to the tune of Dean Boxall, Simon Cusack and Peter Bishop will be among those returning to the National Event Camp fold.

The usual elite swimming suspects of the Campbell sisters, Emma McKeon, Ariarne Titmus, Emily Seebohm, Elijah Winnington, Kyle Chalmers, Mack Horton and more are among the names detailed below as attending the respective camps. But, these experienced medalists will also be joined by the likes of a younger set, hoping to gain skill and confidence training alongside the top Dolphins.

Among them is Lani Pallister, the Cotton Tree teen trained by her mom who took home 3 individual gold medals from the 2019 World Junior Championships, topping the podium across the 400m, 800m and 1500m freestyle events.

Elizabeth Dekkers is another young female making waves down under, with the 15-year-old Queenslander firing off a mega lifetime best mark of 2:08.51 in the 200m fly at December’s Queensland Championships.

Heading to the backstroke camp is 16-year-old Joshua Edwards-Smith, a budding star who has also been wreaking havoc on the age record boards. He, too, was at the Queensland Championships last December, lowering his own Age Record in the 200m back to a new mark of 1:57.78.

Still making a comeback of sorts is 21-year-old Jack Cartwright of St. Peters Western. Cartwright dropped out of his nation’s World Championships Trials last year due to a nagging shoulder injury. He doesn’t appear to have raced since August of 2019 at the Queensland Short Course Championships.

At the 2017 World Championships, Cartwright placed 7th in the men’s 100m free, touching in a time of 48.24. The next year he took 2 relay golds on the Gold Coast at the Commonwealth Games. Cartwright registered a split of 47.71, the fastest of the Aussie squad, to contribute to gold in the men’s 4x100m free relay. He also earned gold as a prelims swimmer on the men’s medley.

so I guess Shayna Jack is still banned from participating? I wonder when will her appeal be resolved

Has the ASDA process been concluded ?i must have missed it but what were the numbers & punishment ?

Haven’t heard anything at all .. it’s strange that it’s taking this long to prove her innocence or otherwise .. left in limbo

She hasn’t had a hearing at all yet so I think it’s barely even started. I wouldn’t be surprised if it’s being delayed intentionally in order to avoid more bad headlines leading into Tokyo.

As I thought . Something is not right . It cannot take 6 months + to have the initial hearing .

Whoa. The provisional suspension not being included in the actual sentence seems weird and harsh .

Where’d you hear that? In the past I’ve seen sentences backdated.

That is a non answer . My point is they have the numbers , they have their 4 years threat & why no hearing? Arrrrgh . What do govt peeps in canberra do these days ?

Hmmm…suspensions usually are back-dated to the last competition/point of the test, whichever is later. It would be unusual to not count the provisional time toward her suspension. Do you have a source on that?

Just to remind other interesting results at Worlds 2017 (when Cartwright was 19): Cartwright swam a 47.97 in the 100 free semifinals and two remarkable splits in the heats of 4×100 free relay (47.51) and 4×200 free relay (1.45.65). So, a lot of potential to strengthen the Aussie relays, particularly the 4×100 free relay. The 4×200 free relay is already Worlds Champion with Lewis, Chalmers, Graham and Horton, and there are also Winnington, Neill (the best young prospect in all the spectrum of the free distances), McLoughlin, Fraser-Holmes..: great depth indeed in the 200 free.
Thomas Hauck won’t participate at these camps?

Hauck just started Year 12 ( last year of school ) this week and didn’t want to miss too much. Neill etc are University age now and most Universitys haven’t started as yet .

Australia has so much depth & potential for the 4×200 & Carthwright will add to add. He will be also an asset if back to peak on the 4×100, but I think Australia a fair way behind the US especially & even Russia, if allowed to compete as a country.

Russia’s allowed to compete as a team just not under the Russian flag.

Results from the 2019 World Championships.

He had so much potential before being derailed. The last I read they were just managing his shoulder injury in order to not jeopardise Tokyo. I wonder if that means further intervention is on the cards post-Tokyo?

Didn’t Chalmers have the same surgery again after Worlds last year and got back into form quite rapidly? I though the drop in form after surgery in 2017 was more just taking additional time away from training rather than because of the surgery itself.

Not sure about Magnussen’s swim coach ‘s input but James did go with an Instagram type strength guru who had never worked with swimmers. . He was perfect late Jan 2015 slim & fast & crap by May , The severity of the injury leads me to think it was weights related .

Bang on the money Corn Pop. Look at a Magnussen photo of 2012 and then compare that physique to a 2016 photo and you’ll see one physique is built for athleticism and the other is built to strut shirtless down at Bondi beach. I’ll let you decide which one swam constant sub-48’s that included a 47.1 PB…. damn he had the wrong people in his corner 🙁