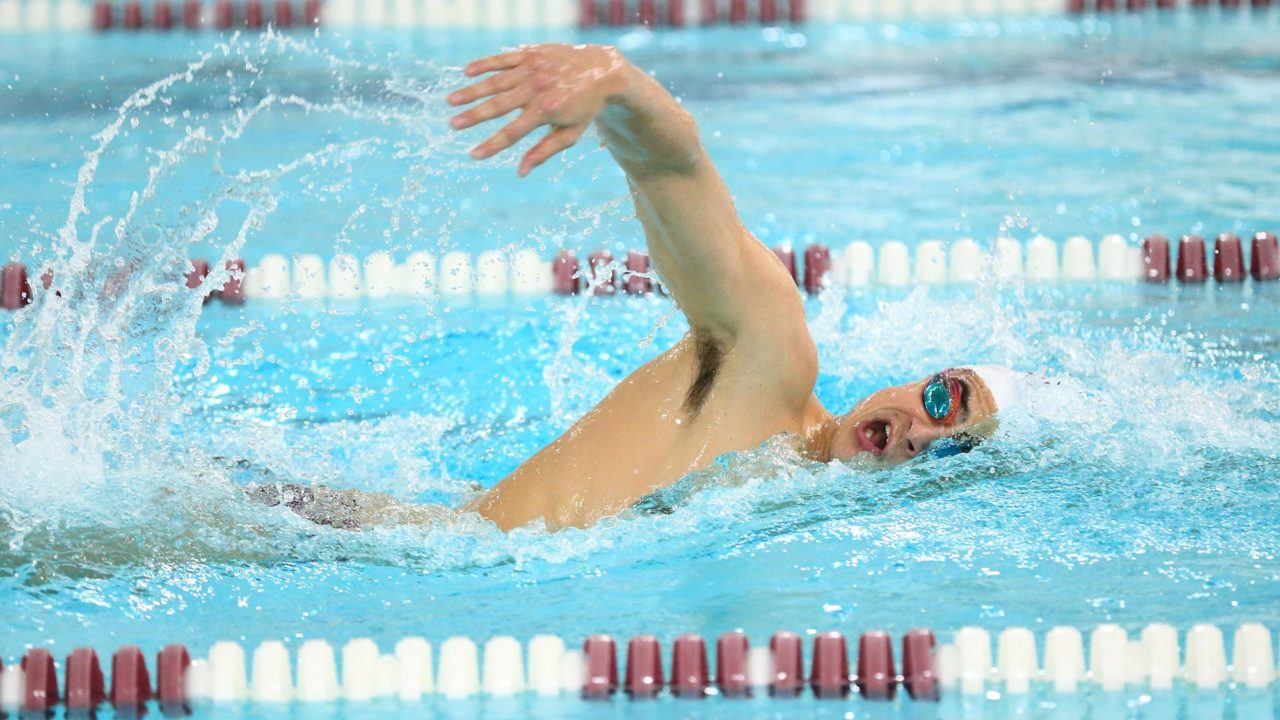 Last week Fordham University closed out its home schedule with a sweep of Iona, but even before that victory, the squad members could call themselves winners. Archive photo via Fordham Athletics

Last week Fordham University closed out its home schedule with a sweep of Iona, but even before that victory, the squad members could call themselves winners.

Earlier this month during a training camp in Miami, Florida, 3 members of the Fordham University’s men’s swim team helped rescue a swimmer struggling in a riptide, ultimately bringing in the distressed man to safety.

Per The Fordham Observer, sophomore Fordham student-athletes Dillane Wehbe and Connor Wright, along with junior teammate Patrick Wilson, helped retrieve a man in the ocean beyond the safe swimming area marked by a buoy.

“It was just a fight or flight reaction and I got out there and swam to him,” Wehbe said on his instinctual reaction to help the swimmer as the first rescuer to reach him.

Pulling the man from the water was “unbelievably hard,” Wehbe said. “If Connor and Patrick hadn’t come out there, I think I would’ve drowned out there with him.”

The trio of Rams stayed with the near-drowning victim while on-duty beach lifeguards were brought over to assist in recovery. Once ashore, Wright stayed with him while the other two swimmers brought the beach lifeguards over to confirm that there would be no further medical complications.

‘Wehbe, Wright and Wilson are each lifeguards for Sachuest Beach in Rhode Island, Monmouth Beach in New Jersey, and Jones Beach in New York, respectively. This wasn’t any of their first time-saving someone from the water,’ reports The Fordham Observer.

“Doing that as a summer job, you expect stuff like that to happen, but when you’re on the beach with your teammates and you see that, it’s so much harder,” Wehbe said.

Wehbe said the young men received a message from him a few days after saying, “You guys gave me a new life.”

“It was really cool to know that I could do that for someone,” Wehbe said.

Nice work guys! Sometimes it those off-duty rescues that stay with you the most.

Great to read ofFordham swimmers to the rescue though they were in danger trying to help another swimmer! Great effort!