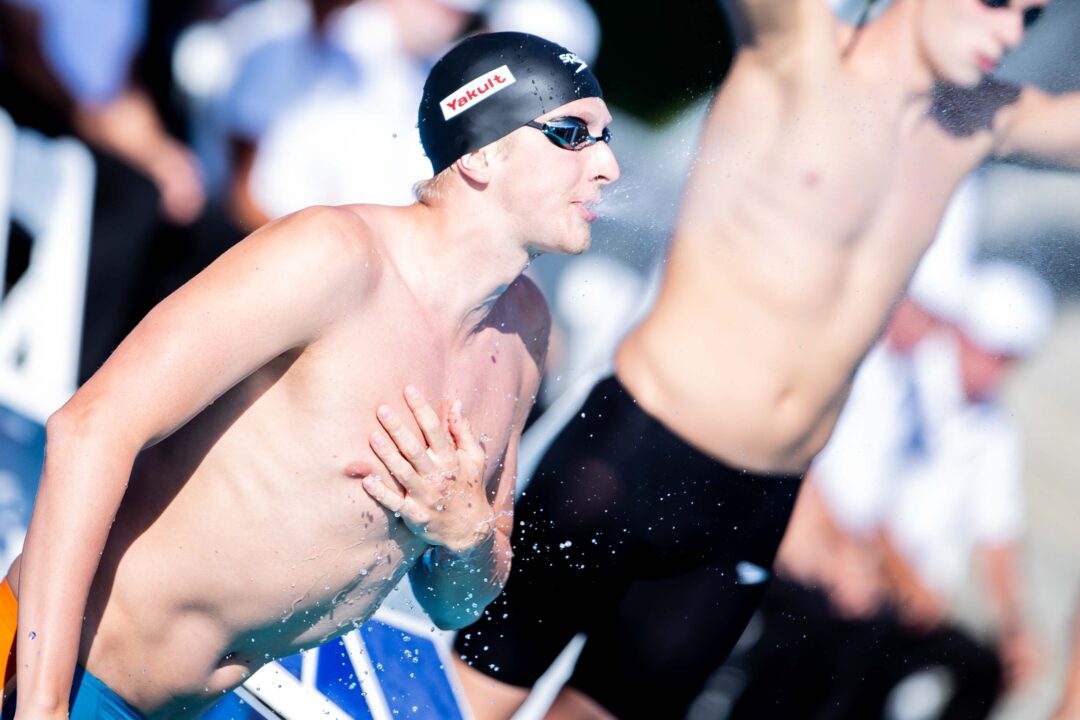 After a massively successful NCAA career, Smith has opted to turn and forgo his final season of NCAA eligibility. Archive photo via Jack Spitser/Spitser Photography

After an immensely successful four-year career at the University of Florida, 2022 world champion Kieran Smith is turning professional and forgoing his final year of NCAA eligibility.

Smith confirmed the news to SwimSwam’s Mel Stewart during an interview on Friday.

“Yes, I did turn pro, officially,” Smith said in an episode of the SwimSwam Podcast that will be released soon.

“I want to focus on the pro schedule. In college, everything is built around that one meet in March, NCAAs. At this point in my career, I want to focus on long course, and I want to swim at international meets. I intend to race at the World Cups. Nothing’s confirmed yet, but that’s the plan.

“And I’d like to swim at Short Course World Champs in Australia – if selected. A lot of people don’t know this, but I was born in Sydney. I never got citizenship. I’ve always been a U.S. citizen, but I’ve wanted to go back because I was, in fact, born in Australia.”

When asked about the decision to turn pro despite collegiate athletes now being able to benefit financially from the name, image and likeness (NIL) concept in the NCAA, Smith said it was all about being able to have full control of his training and meet schedule.

“Turning pro for me really is about focus,” he said. “It’s entirely about the pro schedule and training for international competition.”

With Smith turning pro, Florida will lose their two top point scorers from last season’s NCAA Championships, as Bobby Finke also announced he was opting out of his fifth year of eligibility three weeks ago.

Both swimmers had five years of eligibility due to the extra season granted to athletes who competed during the 2019-20 season that was cut short due to COVID-19.

Smith will continue to train with Anthony Nesty at UF in Gainesville.

The Gators will have reinforcements, however, most notably in the form of Canadian sprinter Josh Liendo, who announced he would be joining the program this coming season on Thursday.

Smith’s real breakout meet came during his sophomore year at the 2020 SEC Championships, when he stunningly broke the U.S. Open and American Record in the 500-yard freestyle in a time of 4:06.32, which also smashed the NCAA Record by nearly two seconds.

After the cancelation of the 2020 NCAA Championships, Smith secured an individual national title the following season in the 200 free, also claiming two more individual SEC titles in the 500 free and 400 IM, and went on to take a massive step forward in the long course pool during the summer.

During his senior year with the Gators, Smith was crowned SEC champion in the 200 back and 400 IM, and then anchored the Gators to victory at NCAAs in the 200 free relay, narrowly missing the all-time record.

His best swim of the championships came on the anchor leg of the U.S. men’s 4×200 free relay, splitting 1:44.35 to lead the U.S. to the gold medal by more than three seconds.

Smith has been working with Speedo under a NIL deal since December 2021.

Another Speedo swimmer, Regan Smith, announced her decision to turn pro after just one season in the NCAA last week.

What is with the disgusting habit of putting pool water in your mouth and spitting it back into the pool that appears to be de rigueur these days? Disgusting.

I don’t think that’s a “these days” thing. 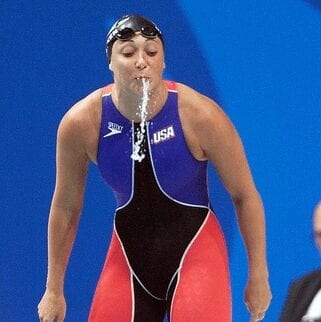 Forgot about her. Didn’t she spit the water back out to another swimmer’s lane? Disgusting

Man, so much Florida news. Wonder how many pros they have now? Any way to get a full count? And if anyone has, idk, retired?

Foreign Olympians
* Friese
* Mestre (are both currently there? I forget)
* Liendo (coming in)

I know they’ve got more foreign Olympians, feel free to put them down below. I’m hoping Lochte comes back to train at Gainesville just to boost the numbers even higher.

The swimmers who are “forgoing” their 5th year of eligibility, any sense of if they’re graduating or aren’t done with school yet? Not that I’m one of those people who thinks they need to finish their degrees before going pro or anything, just curious.

Surely they have a degree after 4 years?