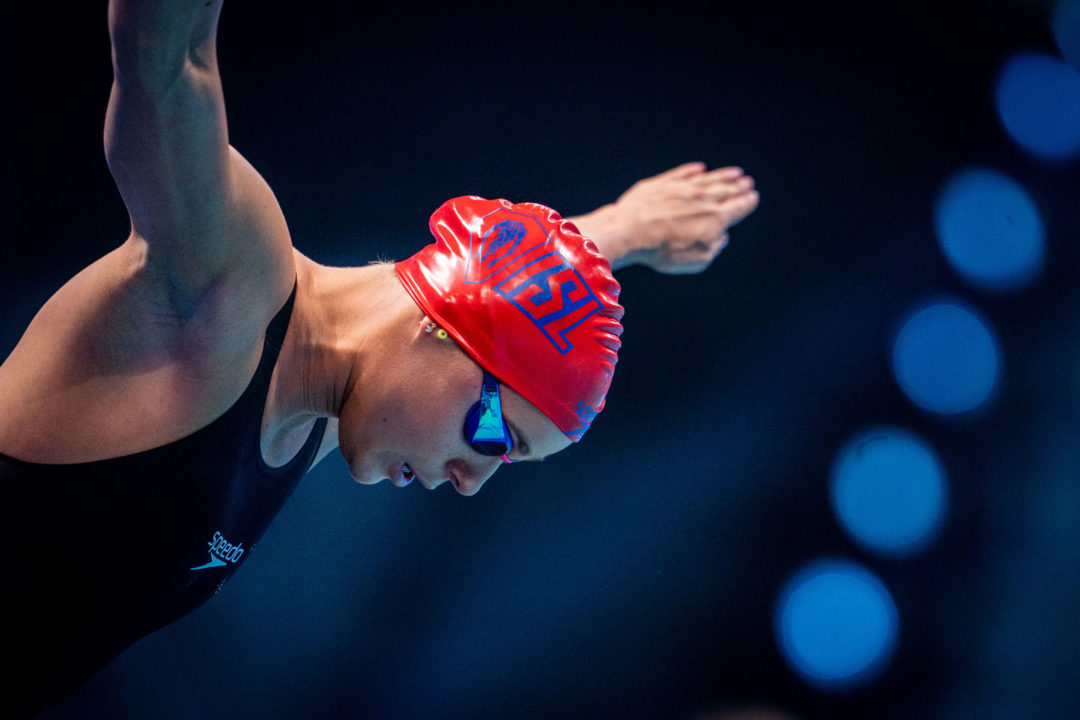 Rio 2016 Olympic Champion Pernille Blume has suffered a minor wrist injury, according to an Instagram story she posted on December 26th.

The Energy Standard athlete posted an image of her with a black wrist-support and the caption “I guess I won’t be doing yoga for a while now. Luckily I can still swim (kick). What a way to end the year.”

How she obtained the injury is unclear, but she later posted that she was doing adapted pilates-style workouts. A spokesperson for Blume declined to elaborate on the injury, but did say that “she will be fine quickly.”

The 26-year-old Danish swimmer became Olympic Champion in the 50m freestyle in the last edition of the Games. In Rio in 2016, she out-touched USA’s Simone Manuel and Belarus’ Aliaksandra Herasimenia to claim the win in 24.07.

The win was Denmark’s first Olympic title in 68 years, the previous being Karen Harup’s gold in the 100m backstroke during the 1948 Games in London.

Blume is mainly based in Antalya, Turkey where she trains with the Energy Standard training group under coach James Gibson.

She recently competed in the latest edition of the International Swimming League where she was part of the team that swam a “world best” time in the 4x100m freestyle relay in short course meters.

Blume and her teammates Siobhan Haughey, Femke Heemskerk, and Sarah Sjostrom set a new mark of 3:25.82, shaving 0.7 of a second off the official mark of 3:26.53 – held by the Netherlands.

The time won’t be ratified as a world record as the four athletes are from different nations.

Blume, used primarily as a relay-only swimmer by the league runners-up Energy Standard, finished the season tied for 130th in MVP scoring.

When you said “the LAST edition of the games” I kinda got worried.