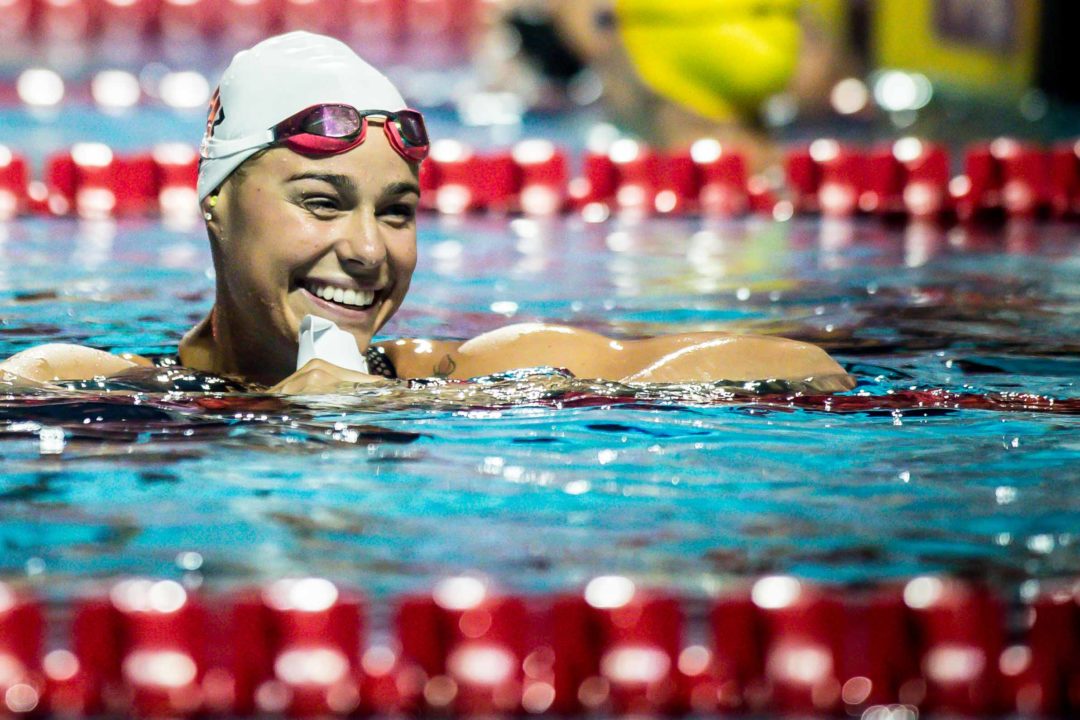 Danish Olympic Champion Pernille Blume, one of a handful of high-profile swimmers that were curiously absent from any of the eight International Swimming League (ISL) team rosters published over the past two weeks, has officially signed with the New York Breakers.

The Breakers are led by sprint star Michael Andrew and managed by Andrew’s mother, Tina Andrew.

American A-listers that are still un-signed to an ISL team include Caeleb Dressel, Simone Manuel, Gunnar Bentz, Conor Dwyer, Allison Schmitt, and Dana Vollmer. Dressel, however, has stated that he’s planning to swim in the ISL, but is working on contract details and hasn’t declared for a team yet.

The Breakers are led by sprint star Michael Andrew and managed by Andrew’s mother, Tina Andrew.

Blume expressed her enthusiasm in a press release issued by the New York Breakers:

“I am thrilled to be joining The New York Breakers at this hugely exciting time for swimming,” said Blume. “With the ISL, our sport is now on a journey to modernize and to break into the mainstream of professional sport by putting athletes at the heart of things. I’m excited to be competing at the highest level of competition and to be part of the evolution of swimming. I’m honoured to be representing a team that is joining an esteemed class of global sporting names from this great city such as the Yankees, Mets and Rangers. By performing highly in the pool and by unleashing our personalities out of it, I truly believe that in years to come our team can be considered in the same breath as those New York greats,” she added.

“Pernille is a superstar for our sport in every sense of the word, and I know that she has what it takes to help take us deliver in the pool and out of it. I’m delighted to welcome her aboard our driven family of swimmers,” added Andrew.

Andrew alluded to Blume joining the Breakers in an Instagram post last week, though her name was not mentioned during the official ISL press conference.

Guess I’ll be rooting for the evil empire in two sports now!