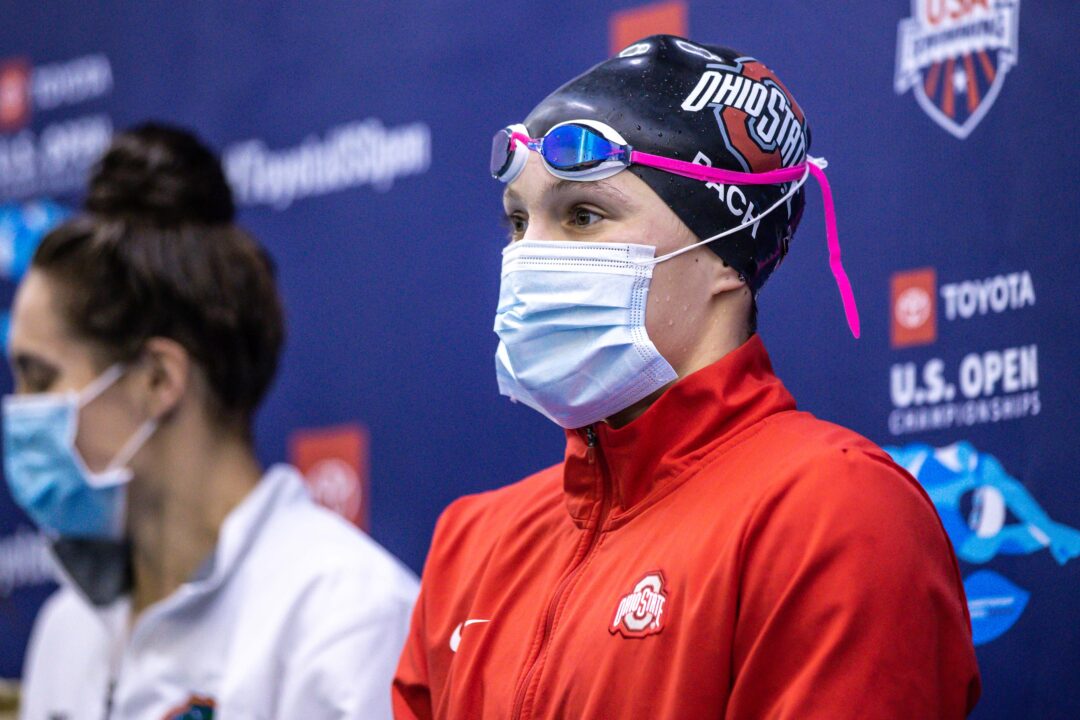 Through night three of the Women’s B1G Championships, Ohio State was able to grow their lead from 13.5 to 67 points. Although it is not impossible for teams to sneak ahead of the Buckeyes, it looks as if the battle may now be for second between Michigan and Indiana.

Ohio State improved upon their diving points today compared to yesterday. Today they scored a total of 29 points on the 3-meter event after scoring 0 points yesterday on the 1-meter event.

Ohio State had exhibition swimmer Nyah Funderburke swim the 100 backstroke this morning in a time that would have placed her as the top seed going into finals. Her time from prelims also would have placed second at tonight’s finals.

The rule change of scoring swimmers and divers from 24 to 18 may be having an impact on the meet, especially for swimmers like Thunderburke. The rule change also has impacted the teams scores. At this point in the meet, it does not look like Ohio State will be able to surpass their record breaking points total of 1584 from last year.