NU’s Kevin Houseman Out of the Rest of NCAAs; Mizzou’s Patton Into 100 Breast 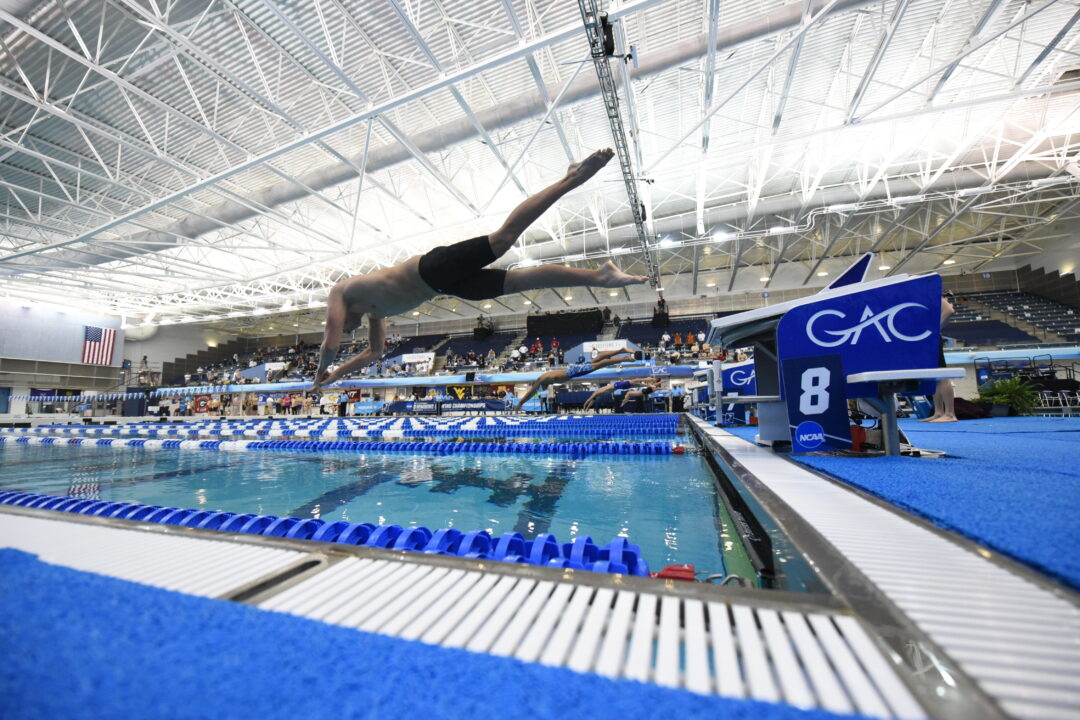 Northwestern's Kevin Houseman has scratched out of the 100 breast after making the B-final in this morning's prelims, bumping Ben Patton into the race. Current photo via NCAA Photos

…due to a medical condition that is not Covid related. Kevin is a resilient young man and quite the fighter. We appreciate the concern and are making sure Kevin’s health remains priority. Thanks and Go ‘Cats!!

Houseman finished 9th in this morning’s preliminaries, matching his seed time of 51.75, and missing the A-final by only 0.03s.

Houseman’s scratch led to a reseeding of the B-final, and Ohio State’s Jason Mathews will swim in lane four tonight while Missouri’s Ben Patton, who finished 17th this morning, will now swim in the B-final in lane 8.This will be the sophomore Patton’s first NCAA finals appearance after he finished 21st in the 200 IM yesterday.

Northwestern has yet to score at this meet, while Missouri went into tonight in 12th, with 42 points, and Patton unexpectedly swimming tonight will give them another 1-9 points, depending on where he finishes.