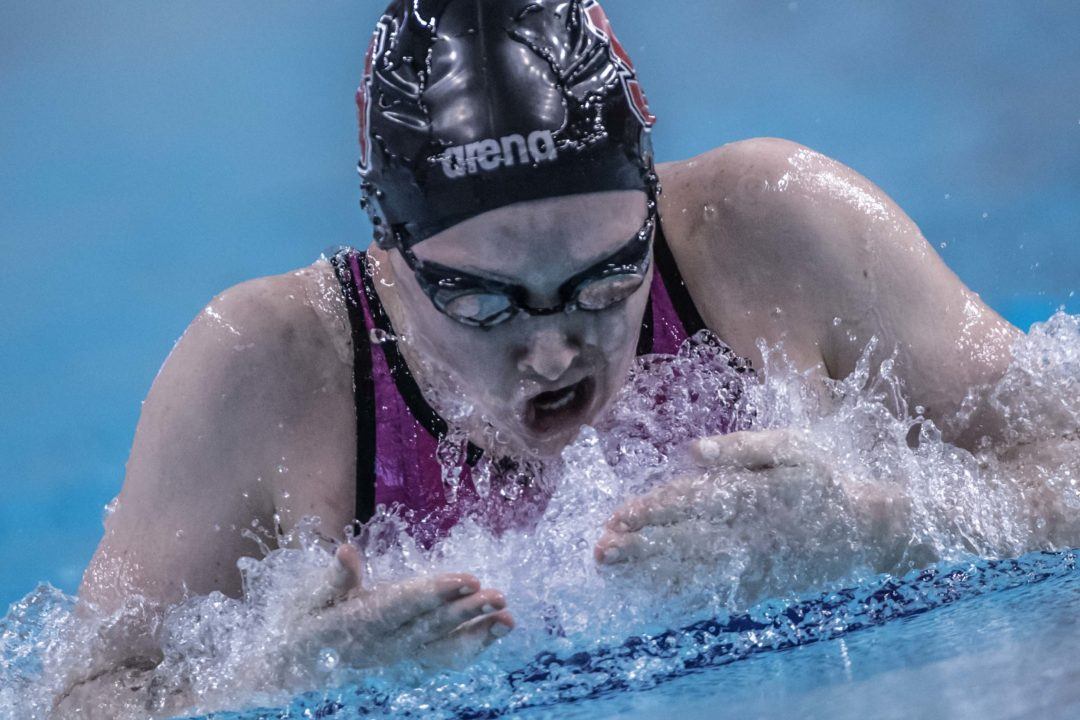 All of the eight A-finals tonight will feature the same top 8 swimmers from respective prelims, as no top swimmers have scratched out for tonight. Archive photo via Mike Lewis/Ola Vista Photography

All of the eight A-finals tonight will feature the same top 8 swimmers from respective prelims, as no top swimmers have scratched out for tonight.

There were two scratches from the B-finals, both in the same event. Club Wolverine’s Miranda Tucker (31.45) and Wolfpack Elite’s Kayla Brumbaum (31.48) won’t be swimming in the 50 breast B final. They had been seeded 10th and 12th, respectively, after prelims. With their scratches, Marin Pirates’ Riley Scott and Wisconsin Aquatics’ Maria Carlson will get a chance to race in the B final tonight. Carlson actually won a swim-off for 18th place after prelims, and it paid off.

There was another scratch, though it wasn’t after the prelims results were set in stone. Cal’s Jacob Pebley went 25.30 this morning in the 50 back, and was in a three-way tie with IU’s Bob Glover and Pikes Peak Athletics’ Daniel Carr for the 8th spot in the A final. Pebley decided not to do the swim-off, actually taking his name out of the B final, and Carr won the swim-off to get into the A final, sending Glover to lane 4 for the B final.

Interesting that Regan Smith has prefered to swim the 100 fly rather than the 50 back.

She wants to see if she can go even faster, since it’s a real event.

Welcome to the club. 😉