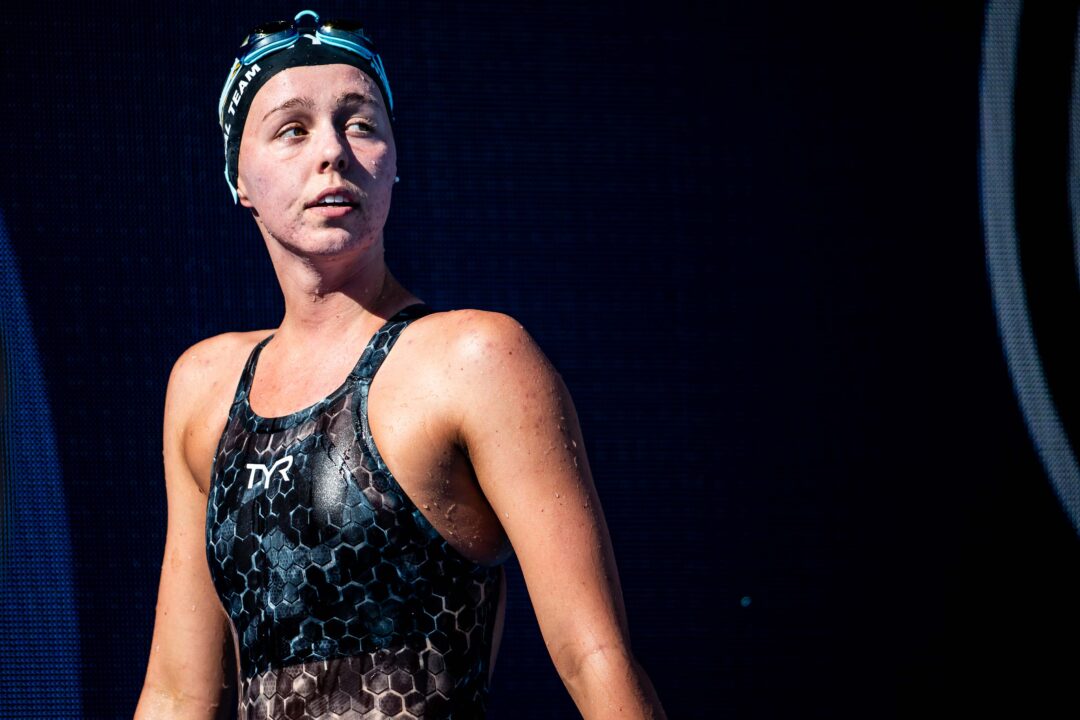 The rankings are determined by a point system, where coaches enter their best dual meet line-up using times from any official high school meet. The times are given a point value based on the NISCA PowerPoint Tables, created to compare the quality of times from event to event and from girls to boys. Coaches must submit their own applications directly to NISCA to be considered for the ranking.

The rankings differentiate schools based on size and whether they are “public” or “independent”. They also rank boys and girls separately, however, they do provide statistics on combined results.

In total, NISCA reports that 239 teams submitted applications for the program which is an increase from the number last year. Carmel is notably absent from this year’s rankings, after taking first place overall in the 2020-2021 dual meet rankings.

Overall, Santa Margarita Catholic High School, home of USC commit Justina Kozan, took the top spot with 13121 points total (combined girls and boys). They were followed by New Trier with 12151 points and the Woodlands High School with 12143 points. The highest performing girls team overall was Santa Margarita with 6957 points. On the boys side, it was St. Xavier with 6506 points.

The winners from each category are found below:

Big school guys: Kingwood (TX) vs Stevenson (IL) – now THAT would be a fun travel meet. Let’s do it!

LOL! AA Pioneer coach sends in nothing for probably the best team she will ever have.

There’s a LOT of coaches that don’t send anything in. I’ve been compiling the applications for ALL North Carolina Schools and providing them to coaches. All they have to do is sign it and pay the fee. Last year, I think 6 schools actually sent it in. In recent history I recall Green Hope having over 5400 points for BOTH boys and girls, and they didn’t send it in.

Wish this list were a comprehensive list and not just one where the coaches had to send times in. The most obvious omission is Carmel High School in Indiana. Their girls and boys teams were very good last season.

WOW! According to this ranking, High School swimming in Florida sucks.

Florida, Nevada (correct me if I am wrong or add more states) and Arizona swim in the fall… it’s a disadvantage especially when everyone is 6 months older. These rankings are fun and all but it’s not the best way to rank teams.

Actually, it is the best way to rank teams provided coaches optimize their lineups. It’s just not the best points system to use or necessarily the most palatable way to rank teams. But, I’m always interested in hearing more ideas about how to do this. What are your ideas?

Or the coaches in Florida are lazy and didn’t submit