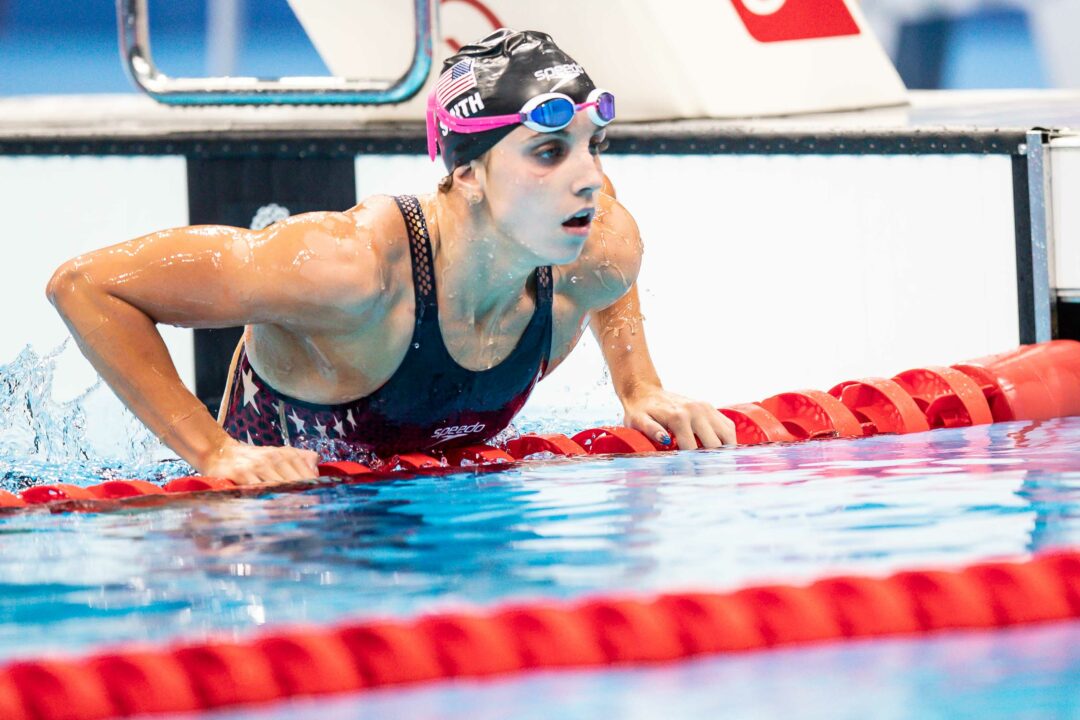 Kusch describes how his training at Indiana differs from David Marsh’s pro group in San Diego and what events he will be focusing on moving toward Paris.

Kibler describes why Carmel is the right fit for him as a professional, from the culture of CSC to his relationship with head coach Chris Plumb

Fischr Media, a Minneapolis based YouTube channel, has released a video that features the personal experiences of Tokyo 2020 Olympic and Paralympic athletes as they prepared for and competed at the Tokyo Games.

Becker and Smith both discuss how difficult the closures were on them as swimmers, physically and emotionally. Smith describes how difficult the abrupt end to training in March was in combination with the semi-opened training status in the spring of 2020:

“I wasn’t training well, I was just tired all the time.  I was exhausted. It was a really rough few months”.

While some athletes in the video share their positive feelings towards the postponement, Smith talks about how the extra year created room for pressure to grow on her.

Becker shares similar sentiments about being an athlete in 2020. He discusses how six months out of the water could be considered “career ending” in swimming, but that Jason Lezak’s call about a spot on his ISL team got him back in the water.

Both Smith and Becker comment on the extreme pressure swimmers face at Trials, especially in 2021. Smith says “I couldn’t eat, I couldn’t sleep, I couldn’t drink water. I couldn’t do anything, I was so nervous.” , while Becker describes Trials as “By far the most stressful meet I’ve ever been a part of”.

The athletes go on to discuss the adrenaline and emotion that comes with actually competing at the Games, as well as talking about the scrutiny that high profile athletes face when they compete on the world stage. Smith remarks:

“I think in America, we’ve been conditioned to believe that athletes are machines and if they don’t win gold then they aren’t worth anything.”

The video concludes with the athletes sharing how COVID has possibly changed their views of themselves as athletes. Smith says:

“During this COVID year, I lost sight of what’s truly important in this sport. I’m really proud of myself for realizing I’m so much more than this sport”.

Took me a couple days to watch this. Really glad I did

I have swam at meets with both of them. Great swimmers!

The impact of covid on swimming was enormous, imagine trying to tryout for the Olympics with everything shutting down!

That was so great. Love to hear the truth behind the scenes of what these athletes go through.

Really exquisite piece. Honestly so glad I watched it.