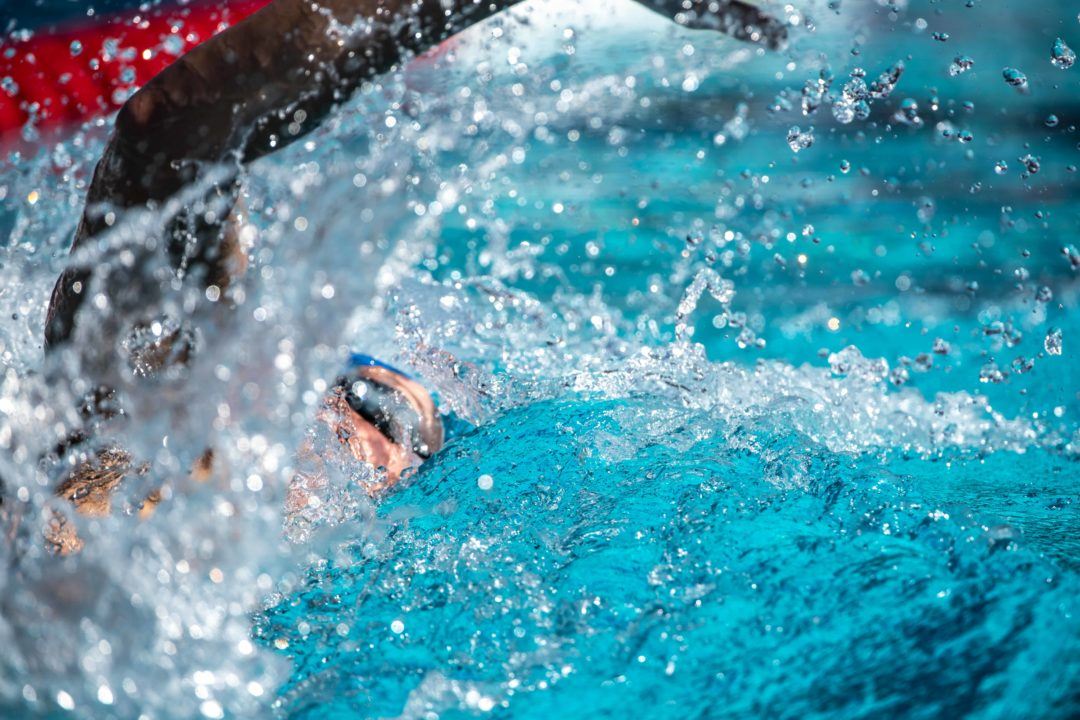 The 2018-2019 NYCHSAA High School Boy’s Swimming and Diving season is right around the corner and it looks to be one of the most competitive to date. The 19 team conference features some of the most talented swimmers in New York. Stock photo via Mike Lewis/Ola Vista Photography

The 2018-2019 NYCHSAA High School Boy’s Swimming and Diving season is right around the corner and it looks to be one of the most competitive to date. The 19 team conference features some of the most talented swimmers in New York. Arguably the most competitive league in the state, the 19 team field will showcase some of the fastest swims of the year. Only a handful of teams will be making any sort of wave for the 2018-2019 championship season.

Head coach Angelo Pellicone and the Flyers look to win their 3rd championship in a row. Having won the title the past two years by the closest margins in league history (9.5 in 2017 & 8.5 in 2018). The Crimson and Gold will look to rally around seniors Nik Daly and Anthony Melchore, as well as a strong core of juniors like Kyle Cornish and C.J. Rodgers. Sophomores Ryan Shannon, Patrick Walsh, and Nicholas Shopis will to help round out the team. Depth has always been Chaminade’s strength; with all their swimmers finishing in the top 16 for their championship wins. It will need to be just as strong in order to win a third straight championship after graduating a handful of talented athletes.

The Black and Gold Friars under Head Coach Danny McBride have remained undefeated in Dual Meets 3 seasons in a row; winning two state championships and one league title during that time. Seniors Michael Chang, Dylan Champagne, and Justin Meyn will lead the way for their team. Meyn and Chang shared Swimmer of the Meet Honors in 2017 with Nicholas Torres (Fordham Prep) and Christian Sztolcman (Chaminade). Juniors Mark Owens and Christopher Stange will also be responsible for the success of this team. The defending state champions will be looking to repeat the feat they achieved in 2016; sweeping the dual-meet, league, and state titles all together.

With five straight state championships from 2011-2015 and one more in 2017, Fordham Prep has been a dominant force in the NYCHSAA. The Rams will look to reclaim their position at the top of the conference. Seniors Ryan Maierle, Steven Amato, Jared Copeland, and 2018 Co-Swimmer of the year Nicholas Torres will be head coach Dominick Galimi’s go-to guys this season. The Maroon will get assistance from a talented pair of sophomores in Jack Kelly and Timothy Norris.

Dennis Murphy’s Xavier Knights tout a young team with a lot of upside and something to prove. Senior Timothy Murnan will help guide this squad through a very competitive season. Anchored by Junior Sean Baldwin, and Sophomores Brian Baldwin and Gabriele Lunardi; The Knights will look to make their presence known with some impressive swims to look forward to.

The Stanners will be led by State Qualifier Kevin Claiborne to carry the load for this coming season in the Butterfly and Backstroke.

More from Ryan Klages
See All