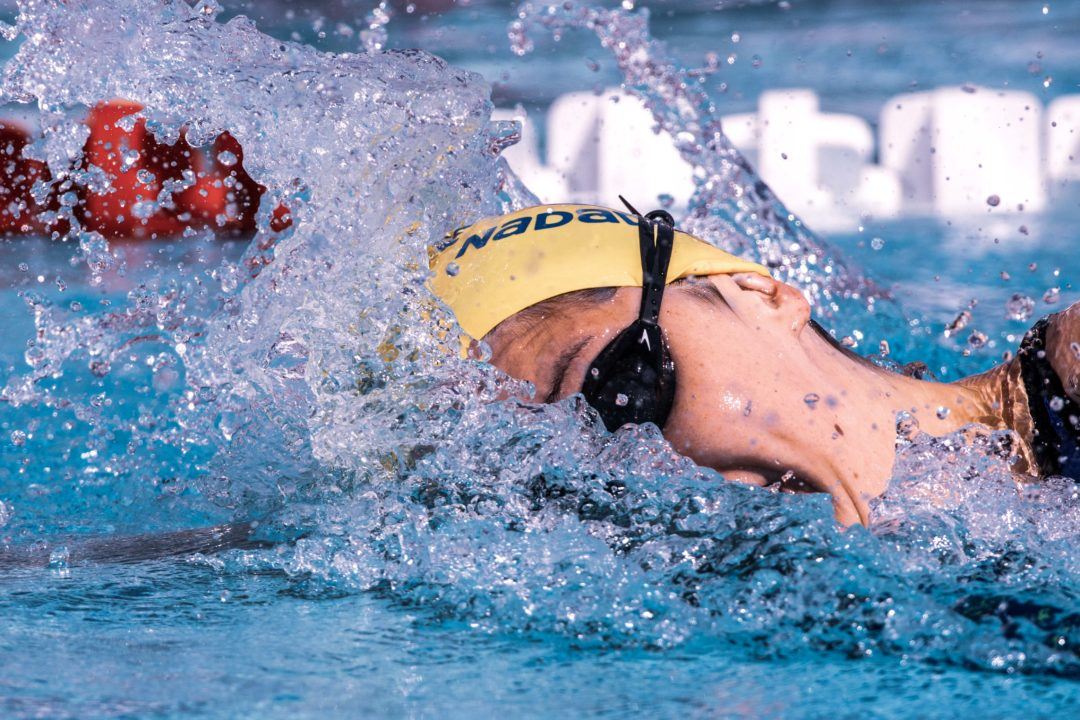 The opening session of the 2018 TYR Pro Swim Series – Santa Clara featured only a few heats in the men’s and women’s 1500 freestyle. There was no wild, earth shattering swims like we saw at the last stop in Indy (where Katie Ledecky broke the 1500 world record), but both the men’s and women’s races were close, exciting battles.

In the women’s race, Ashley Neidigh dropped a PB of 16:17.43 to outlast Stanford’s Megan Byrnes, who was 2nd in 16:20.46. Just last month, Neidigh reset her lifetime best by over eleven seconds in Indianapolis down to 16:21.62, and chopped another four off tonight. Byrnes also went a best in Indy in 16:20.23, narrowly missing that time by a few tenths.

In the men’s race, Zane Grothe of Mission Viejo held off a hard charging Ricardo Vargas and True Sweetser for the win, clocking a time of 15:18.43. Grothe has been as fast as 15:05.31 this season, done at the Indy stop in May (where he also won). Vargas and Sweetser both made a big push at the end, ultimately taking 2nd and 3rd in times of 15:19.34 and 15:19.86 respectively.

You know Ledecky didn’t show because she is ducking Neidigh.

Probably the men didn’t want her there because she might have gone faster than their winning time of 15:18

Wow! Fortunately for the men KL was not in their race. She would have had a good chance of winning. 🙂

Not at the meet, but is there a current in that pool? or was last night extra windy or something? Check out the splits for the men’s 1500, it seems that almost every single swimmer was going noticeably faster on the second 50 of each 100. Not sure about women, as the live results link doesn’t show splits. Could be a stretch, but maybe this is worth looking into? Has anyone at the meet noticed anything?? I’d love to see if any stastical analysis may support my theory.

Santa Clara definitely gets really windy at night. Wind tends to blow from the turn to the start side which would explain the faster 2nd 50 of each 100.