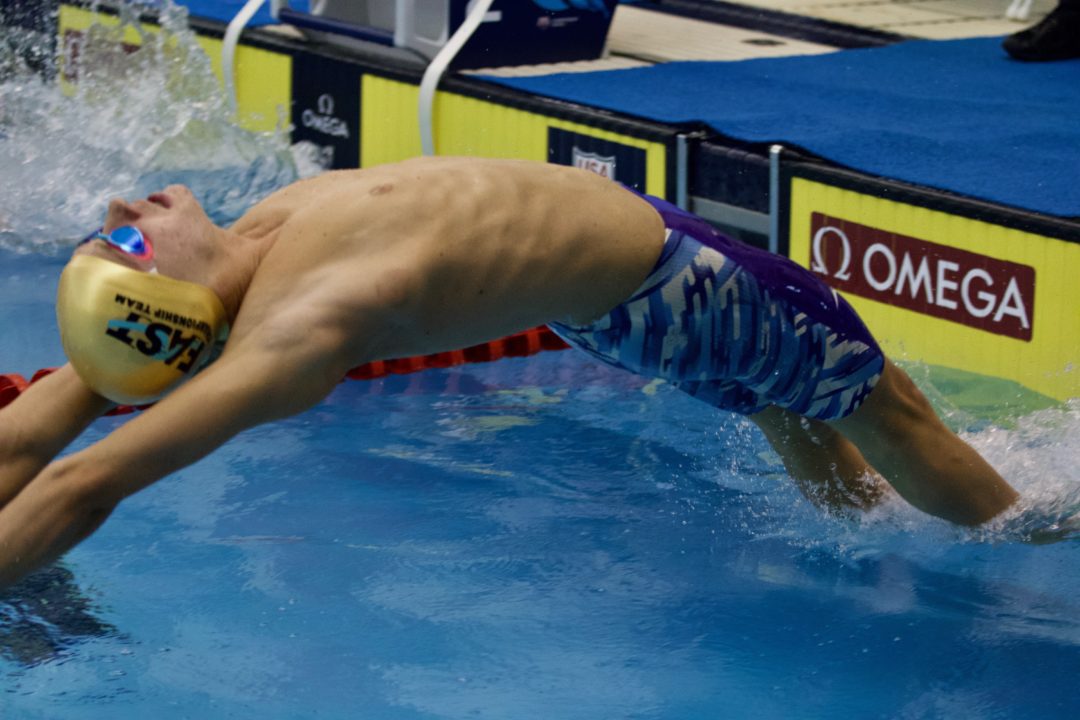 FAST's Joshua Zuchowski swam the 3rd all-time fastest 15-16 200 back on Wednesday. Tonight, he will race top seed Luke Barr and Sam Powe in the 100 back final Archive photo via Allison Fogleman

16-year-old Zuchowski was the 2nd seed going into the 400 IM final, half-a-second behind top seed Michael Cooper from OLY Swimming who dropped nearly 4 seconds from his lifetime best this morning for a time of 3:50.00. Zuchowski was within 2 seconds of the best time he posted at the Florida Virtual Championships in December.

In the 100 backstroke, Zuchowski is also the 2nd seed. He is ranked .36 behind Inspire Swim Team’s Luke Barr, an Indiana commit. The ‘A’ final is set up to be an exciting race with Powe ranked only .05 behind Zuchowsk after he posted a lifetime best of 47.68 in prelims. Powe nearly took the 200 back in finals last night, leading the race up until the 150 yard mark until Zuchowski powered home the last 50 with a split of 25.51.

In the 100 back final tonight, the top 5 swimmers are separated by just over half-a-second. Powe is set to race in the 200 free ‘B’ final beforehand.