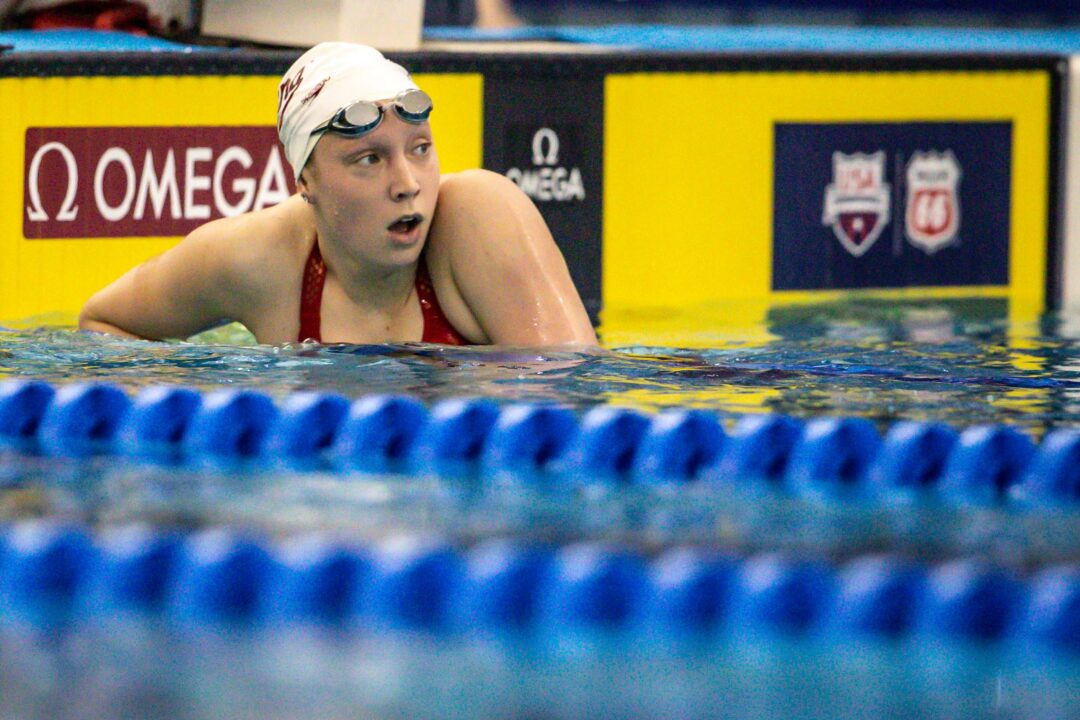 Mackenzie Looze scored 70 individual points at 2022 Big Tens. In each of her first four years at Indiana, she has made at least two Big Ten A finals. Archive photo via Jack Spitser/Spitser Photography

4x NCAA qualifier Mackenzie Looze has announced via Instagram that she will be returning to Indiana to use her fifth year of eligibility. Looze made the announcement by placing “IU Swimming ’23” in her Instagram bio.

Looze scored a total of 70 individual points at 2022 Big Tens. That made her Indiana’s fourth highest scorer overall and third highest scoring swimmer.

Looze has been remarkably consistent over her last four years at Indiana. In each of her first four years, she has qualified for at least two A finals at Big Tens. The return of Looze is a huge boost for Indiana next year as they finished only 85 points behind Michigan at 2022 Big Tens.

Mackenzie Looze is the daughter of Indiana’s head swimming coach Ray Looze who recently received a raise less than a month ago.

Mac is the BEST! After all, she IS the daughter of GOAT COACH Ray Looze and his awesome wife, Kandis! How could you go wrong???

11
-8
Reply
The General
Reply to  Guerra

She is the best and has the most amazing parents!! An amazing swimmer, team leader, and person! Let’s go Mac!!!

Ms Looze has an enemy or frenemy who likes to downvote everything. Perhaps it is envy.

3
-14
Reply
Ugly IS my alibi
Reply to  Werner Swimzog

I’m going to make you eat a flipper.

Excellent news for the Hoosiers heading into 2023

How many men are coming back for a 5th year? Seems like very few. Any idea on why the disparity?