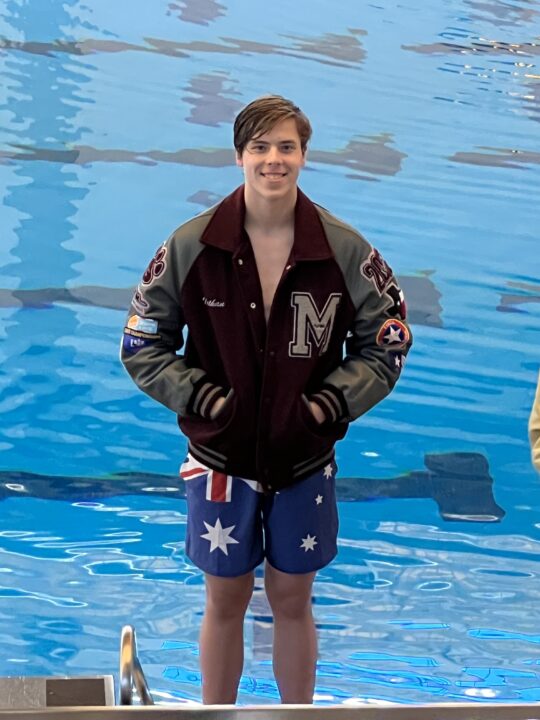 Nathan Scott of Magnolia, TX has announced his decision to continue his academic and athletic careers at the Florida Institute of Technology beginning in the 2022-23 season. Scott is a senior at Magnolia High School and he swims competitively with the Magnolia Aquatic Club.

The reason that I chose to go to Florida Institute of Technology is because my whole life I have had a strong interest in space, and FIT is known for having a strong Aerospace engineering program. Additionally, when I went to visit the school itself I instantly fell in love with the school. It inspired me to return to my original interest in space and my dream of pursuing a career in the aerospace field. As a bonus I will be a member of the swim team and the whole team was already welcoming me to the team.

Scott only recently began his swimming career. Freshman year of high school, he joined the swim team as a way of completing his PE credit. He eventually became more serious his junior year when he began noticing significant improvements. He joined three other boys at the Texas 6-5A State Championships for a relay.

The following year, the Magnolia High School senior finished 3rd in the 100 fly (52.02) at the 6-5A Regional Championships and earned himself an individual spot on the State team. Scott made it back for a finals swim in the 100 fly and was on two of his school’s relays.

Scott will join the DII program in the fall of 2022. The Panthers have also picked up commitments Jacob Sykora, Connor Bryant, Jaxon Strank, Josh McLean, and Matthew Goembel  from for the class of 2026.

One tree hill will miss you!

Great school Nathan! And gorgeous pool. Congratulations. Swimswam maybe you can find out why the FIT coach is suspended right now?