Natalie Hinds is Hungrier Than Ever After Training Move to Gainesville 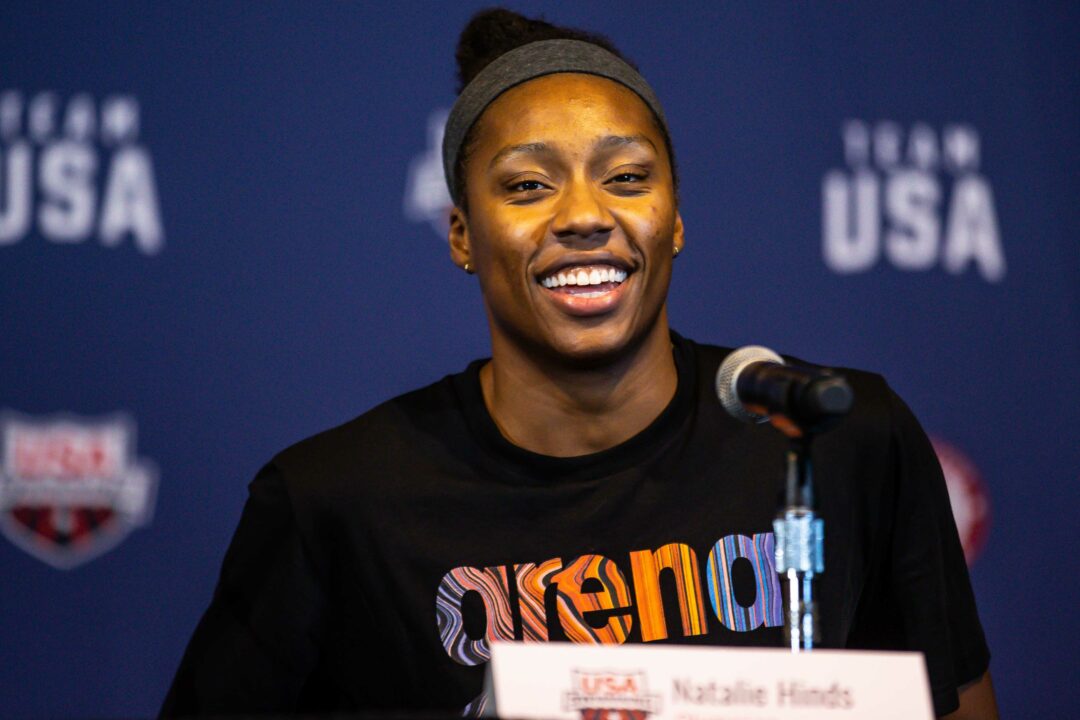 Olympic medalist Natalie Hinds goes in-depth about her move back to the town where she went to college, Gainesville, and how driven she is moving forward Current photo via Jack Spitser/Spitser Photography

In this post you can find race videos from day 4 finals of the 2022 Pro Swim Series at the FMC Aquatic Center in Westmont, Illinois.

In this post you can find race videos from days 1, 2, and 3 finals of the 2022 Pro Swim Series at the FMC Aquatic Center in Westmont, Illinois.

Leah Smith Reflects on 2021 Olympic Trials, Move to Train with Capitani at UT

Ryan Murphy Looks to Paris with Excitement: “I have room to improve”

Ryan Murphy could not be stopped in the men’s 200 backstroke final, powering to the wall in a 1:56.78 to himself to the top of the world rankings for 2022

After winning the 100 breast and 10 fly so far, Michael Andrew is the top seed in the 50 free tonight. The final includes American Record holder Dressel

Claire Curzan pulled off a double victory tonight, having already won the 200 backstroke, by swimming a 56.89 100 butterfly. Curzan out-swam competitor Kelsi Dahlia, who put up a 57.53, while Beata Nelson was a 58.24 for third place.

This was a repeat dual from Olympic Trials when Curzan and Torri Huske qualified to race the 100 fly in Tokyo as Dahlia finished in 3rd place, missing the team. After that, however, Dahlia had a strong fall and wound up breaking the short course world record in this same event.

Curzan, Dahlia, and Huske are all expected to battle it out again next month at World Trials. Curzan’s best time in this event is a 56.43 from Trials, while Dahlia holds a PB of 56.44 from the 2018 Pan Pac Championships.

Do they not have good food in Gainesville or something? How could she be so hungry?

Trials was pretty devastating as a fan but Natalie’s story is one of the most inspiring redemption/comeback journeys in swimming. And there isn’t a ceiling on her potential. She is just great!

I mean she made the team. Amazing accomplishment in itself!

Love love love Natalie. I dmed her once for hair care tips and she came through always appreciate her