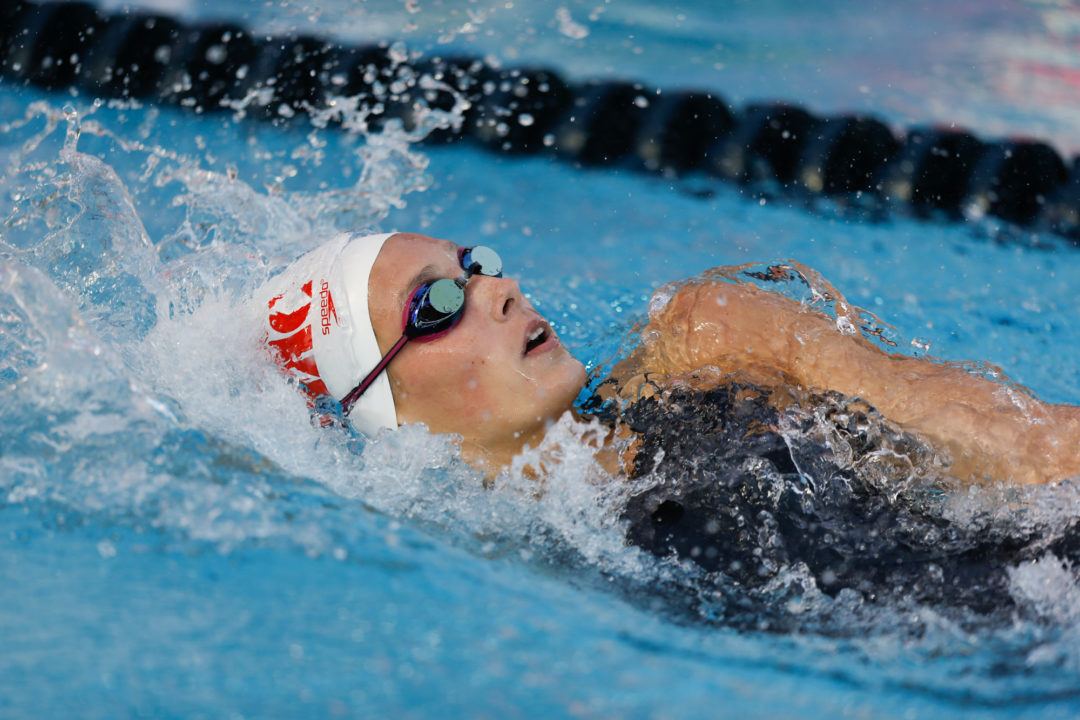 The Walsh sisters were back at it again on Sunday to close the 2019 Southern Premier Meet. Gretchen and Alex each took out an individual record on the day to go with their relay record relay record set earlier in the meet.

First, Gretchen swam a 47.49 to take out the old 15-16 record set by Olympic gold medalist Simone Manuel in 2013. Manuel’s record was 47.73. (Read more about that record-setting swim here). 32-year old Amanda Weir, a 3-time US Olympian and 4-time Olympic medalist who is twice Gretchen’s age, took 2nd in 48.85, while Gabi Albiero took 3rd in 49.70. Showing off the insane depth at this meet, it almost took a Futures cut to make any final at this meet.

Not long after, the older Walsh sister Alex broke the 17-18 National Age Group Record in the 200 breaststroke. She swam a 2:05.87 that broke Annie Zhu’s record of 2:05.99. (Read more about that record-setting swim here).

Alex Walsh came back in the very-next girls’ open race and won the 100 fly in 51.31. Her previous best in that event was 54.15, and that swim now vaults her up to 8th in the all-time 17-18 age group rankings (even as just a 17-year old), passing the likes of Kendyl Stewart, Misty Hyman, Elaine Breeden, and Kelsi Dahlia.

The relay of Alex Walsh, Ella Nelson, Jordan Hurt, and Gretchen Walsh then finished the meet with a win in the 400 medley relay in 3:37.76 – which was 4-and-a-half seconds shy of their seed time.

I just looked up the top 25 all-time scy breaststrokers. Some are good IMers (Pickrem, Leverenz, Atkinson, Cox), and only really one legit 2-stroke swimmer (Margalis… Hardy is off the list now). I don’t think I’ve seen such a real 4-stroke threat, and at such a young age!