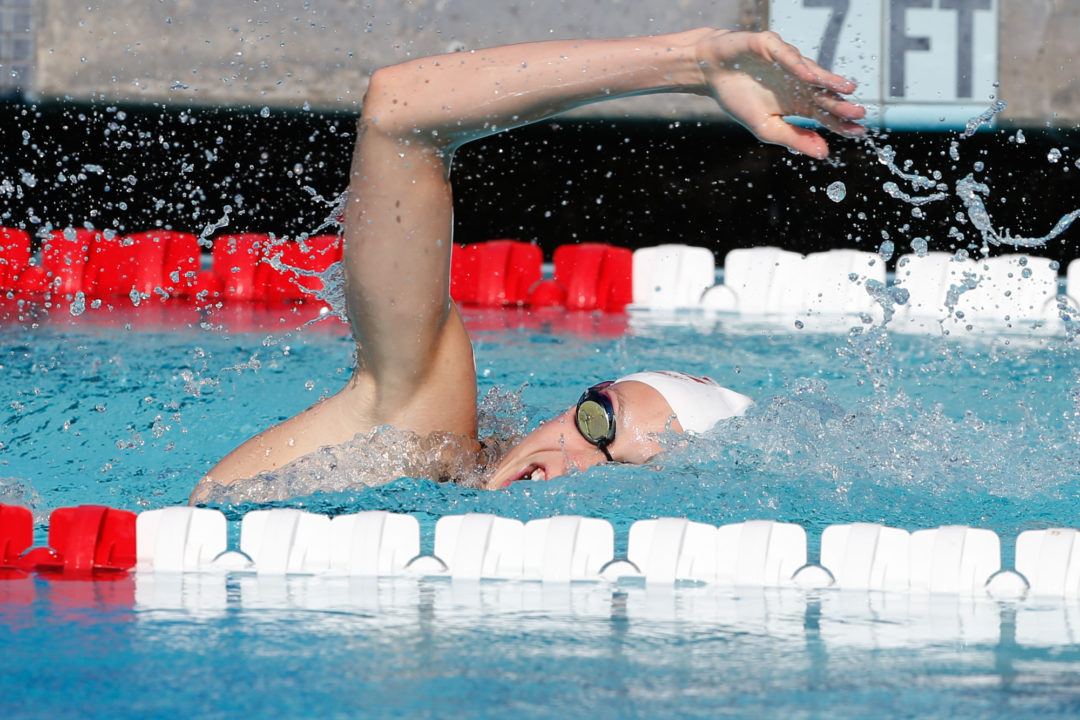 Gretchen Walsh broke a National Age Group Record that belonged to a swimmer who would become the Olympic champion in the long course version of the same event. Archive photo via Tim Binning/TheSwimPictures.com

Gretchen Walsh of the Nashville Aquatic Club broke the 15-16 National Age Group Record in the girls’ 100 yard freestyle. Swimming in finals in Knoxville, she posted a 47.49, which broke the old record of 47.73 set by Simone Manuel in 2013.

Walsh’s previous best time was a 47.79 done at Winter Juniors East in December.

Walsh was out in almost exactly the same split as Manuel was, but closed more than 2-tenths better than Manuel did in her previous record-setting swim.

Manuel went on after that swim to win a 2016 Olympic gold medal in the long course version of the same 100 free and a 2017 World Championship in the same. Just a few months after her National Age Group Record, she swam the American prelims 400 medley relay at the World Championships which would go on to win gold in finals.

Watch out Simone and Abbey