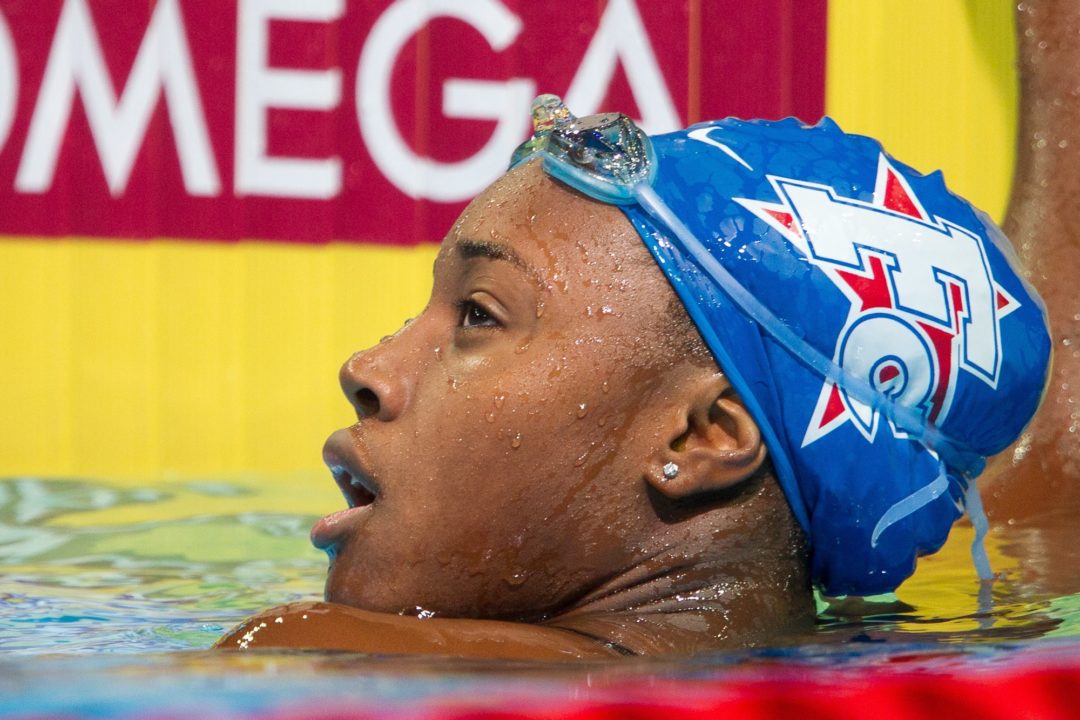 We’ve seen an almost-uncountable number of superstar 15-16 year old girls move through the age group in the past few years. There’s one, however, that you haven’t been talking about, that hasn’t been bouncing around at swim meets all over the country, but who is beginning to unleash this week on the NCSA Junior National Championships: Simone Manuel. The 16-year old swimmer from First Colony in Southwestern Houston won the first NCSA title of the night on Wednesday in Orlando with a 47.73 in the 100 yard freestyle. That breaks the National Age Group Record set by legendary age grouper Dagny Knutson in 2008 with a 47.80.

Manuel was already sniffing this record coming into the meet, so even a small drop got her over the edge and jumped Dagny Knutson to push Manuel from 2nd to 1st all-time in the age group.

Manuel doesn’t age-up until August 2nd of this year, so she could take on some long course records as well if she continues to improve.

Live results are still not working, but check back after the meet for full updated results of the session.

I watched Simone and First Colony swim occasionally over the last few years. I think this is a “tip of the iceberg” swim for her. Coach Allison Beebe has done a great job of bringing Simone along, as well a number of other swimmers at the First Colony program. Kudos to FCST from someone outside the state of Texas. I am so fired up about our young talent that is stepping up in the early part of the quadrennium cycle. I would attribute some of these extraordinary times we are seeing around country to the very focused training done during the lead up to the Olympic Trials and last summer. Sometimes all that hard work takes a while to show… Read more »

Kinda cool to see Jack Roach show up and sign up to time tonight for finals… lane 8 timer!

Class Act Jack. Thanks for coming!