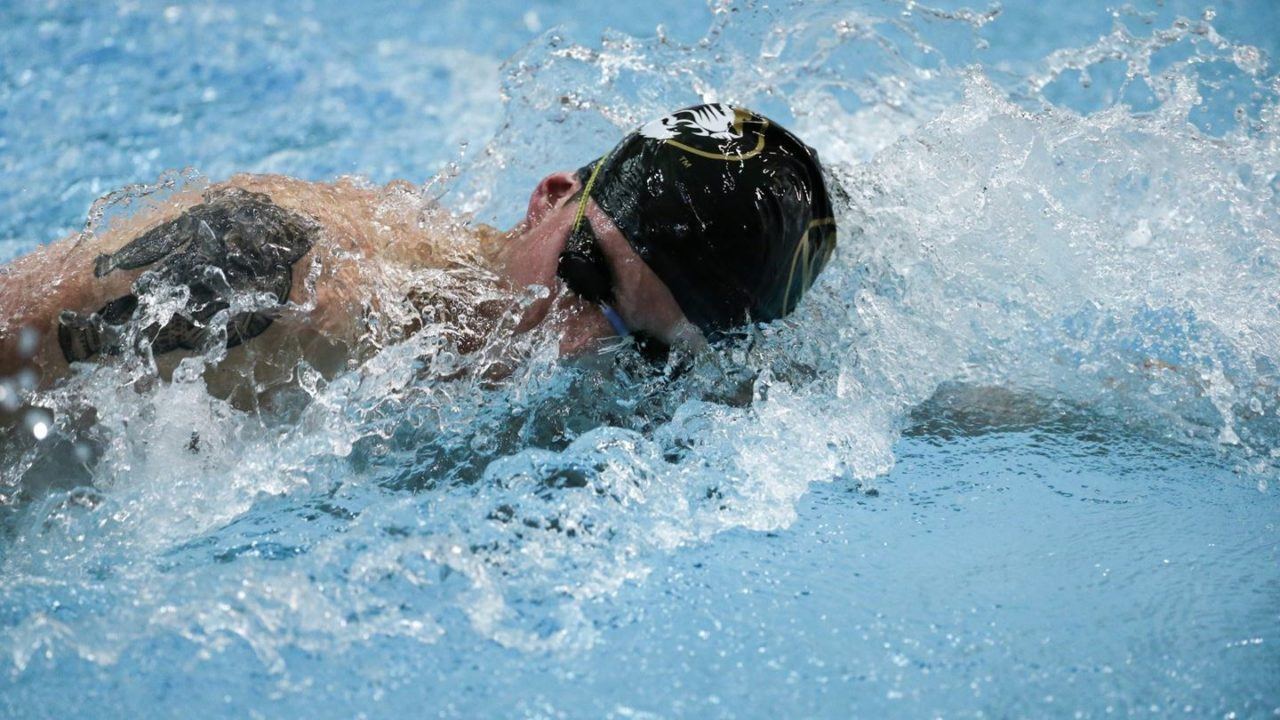 KEY PERFORMANCES
Mankus dropped a career-best 19.19 in the 50 free to ensure an invitation to the NCAA Men’s Swimming and Diving National Championships, scheduled for March 27-30, at the Lee and Joe Jamail Texas Swimming Center on the campus of the University of Texas. Mankus’ time, which bettered his old best of 19.39, ties him for 10th nationally and moved him up to second all-time at Mizzou in the event. The senior also claimed an individual invite to NCAAs last year in the 50 free.

Senior Kylie Dahlgren (Victoria, Minn.) also put herself in solid position for an NCAA berth with season-best times in the 100 back and 200 IM. She started her weekend with a career-best 52.46 in the 100 back on Saturday, and clocked a 1:56.57 in the 200 IM on Sunday evening. The 200 IM time of 1:56.57, which was two-hundredths of a second off her personal-best, puts her at 36th nationally in the event with only other last chance meets missing from the rankings. The NCAA Women’s Championships will be held March 20-23, also at the Lee and Joe Jamail Texas Swimming Center in Austin, Texas.

Four additional Tigers entered or moved up in the Mizzou record books with their swims at the meet. Sophomore Grant Reed (Austin, Texas) set career-bests in both the 100 and 200 free, with times of 43.67 and 1:35.65, respectively. He now ranks eighth in the 200 free and 10th in the 100 free in Missouri history. Junior Giovanny Lima (Sao Paulo, Brazil) also clocked a best time in the 200 free, going 1:34.21 to remain fourth all-time at Mizzou. Additionally, redshirt sophomore Giovanni Gutierrez Lozano (Lima, Peru) swam bests of 15:29.31 in the 1650 free  and 1:46.74 in the 200 fly, which rank him seventh and 10th, respectively, all-time at Missouri.

QUOTABLES
Mizzou Interim Head Coach Andrew Grevers
“The Tigers kept it rolling this weekend. We whole team was in attendance to support their teammates who were swimming, and the energy made an impact. We came away with many personal-bests and some new NCAA qualifiers.”