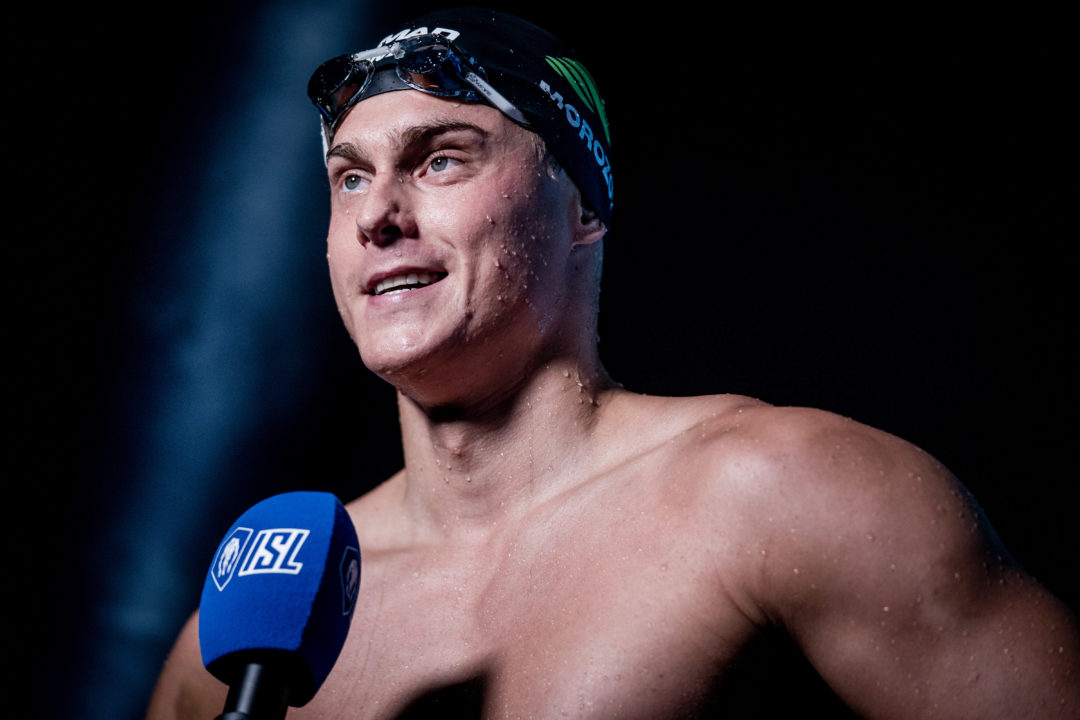 The very first semi-final in ISL history gets underway today featuring Energy Standard, London Roar, Tokyo Frog Kings, and New York Breakers. The top two teams in this semi will move on to the finals. With Energy Standard as the reigning league champs and current second rank in the league, they will be the early favourites to win the semi but the other three teams will look to make a bid for the victory and earn their spot in the finals.

This morning we will see Sarah Sjostrom go up against current league leader in the 50 freestyle, Kasia Wasick. Sjostrom has picked up two wins in the event since her post-injury return to the league. The two will face-off in the sprint and will be joined by fellow sprinters Femke Heemskerk, Freya Anderson, and Runa Imai, among others.

On the men’s side of the event, Florent Manaudou and Vlad Morozov will each make their return for their respective teams, having both sat out to rest in their most recent match. The two sprint assets will race the 50 free as heavy favourites to win. While both Manaudou and Morozov will race the 50 free, they’ve taken different approaches to how to contirbute to their teams’ semi-final efforts. Manaudou will keep 50 free as the only individual event of his morning and will swim both the men’s 4×100 freestyle and medley relays. Morozov on the other hand will double up indvidually, racing the 50 breaststroke as well, sitting out both relays for the Frog Kings.

Another interesting race to watch this morning will be the women’s 400 free wherein Tokyo’s Leah Smith and Siobhan Haughey will rematch from their Match 9 race. At that match, Haughey led the field for the entire first 300 until Smith made a final 100 push and ended up coming out on top. Today Haughey will look to take down the seasoned veteran in the event as one of the two is likely to notch their third win this season.

As the racing begins, follow along here with the action with SwimSwam’s live racap and analysis.