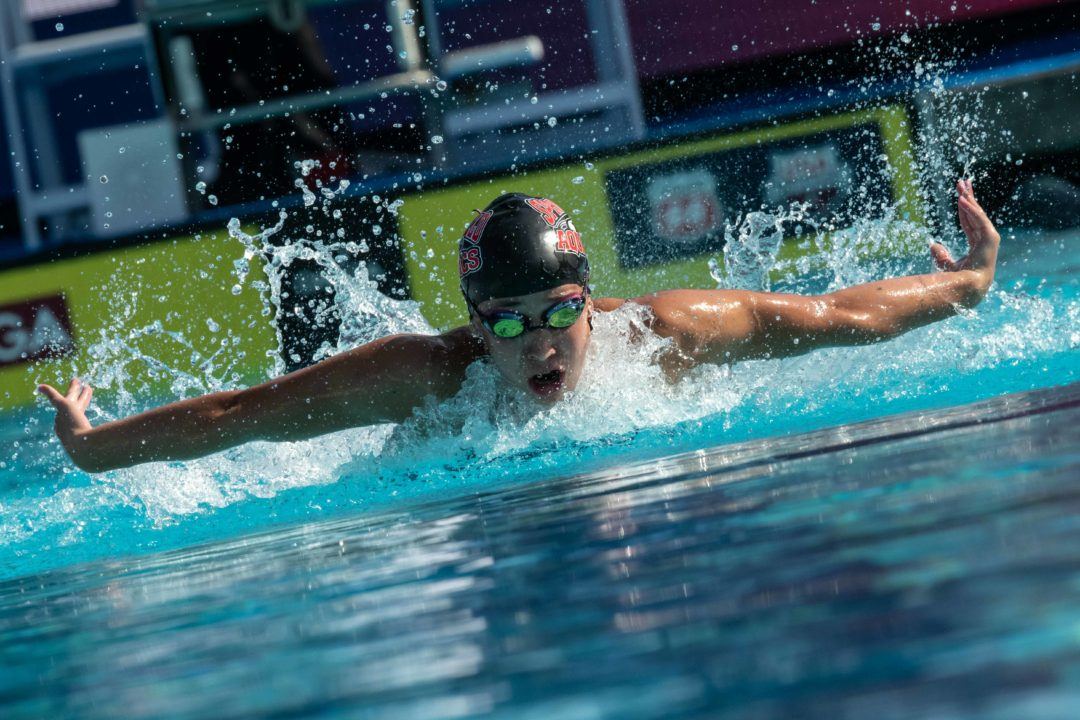 Kate McCarville won her third event of the meet, clocking a personal best time of 4:12.22 in the 400 IM on day 2 of the Missouri Winter Champs. Current photo via Mike Lewis/Ola Vista Photography

Tennessee commit Kate McCarville picked up her third win on Day 2 of the Missouri 18 & Under Winter Championships on Saturday in Lee Summit. The Saturday session was short, with only 6 events contested: the girls’ and boys’ 500 free, 400 IM, and 1,650 free.

In the 400 IM, McCarville, who swims for Springfield Aquatics, dominated the field, winning by almost 11 seconds and posting a personal best time of 4:12.22. That time took almost a second off of her previous best of 4:13.12, set at a Tri-Meet with Empire Swim Club and Tsunami Swim Team back in early October.